–
God is known by 17 different Names in the Old Testament, a very interesting number!  17 is the number of VICTORY!  (For more on the meaning of numbers in the Bible, you may follow the link below:
https://emmausroadministries.international/2016/06/16/numbers-have-meaning/)
–
Some of the other names listed in the OT are Elohim: Creator, YHVW: The unpronounceable Tetragrammaton, which always appears in all upper case letters as LORD,  “Rapha: Healer; Nissi: Provider, and Shaddai-Almighty.  Check out Blue Letter Bible for the complete list and description of their meanings by following the link below:
https://www.blueletterbible.org/study/misc/name_god.cfm
–
The Hand Of God/The Heart Of God.
In Genesis 6, the name translated, “God,” the One Who commanded all the animals to come to Noah, is “Elohim: Creator.” But the One Who shut the door of the ark in chapter 7, was “YHVH: the Covenant-Keeping One.”  You could say the hand of God brought the animals to Noah but the heart of God shut the door.

Where was God while the flood was happening?  Was He far away, siting on His throne as the waters of judgment washed over the earth, like some absentee Landlord?  The answer may surprise you!  you may follow the link below to read all about it!:

In Genesis 14, we first learn another of His Names: Elyon, the Most High. In Chapter 17, He revealed to us, “El Shaddai: Almighty God.” Even the order of His Names have meaning!  For more on this topic and learn about God’s wonderful hidden messages to us in the meanings of these Names, you may follow the link below about Psalm 91: 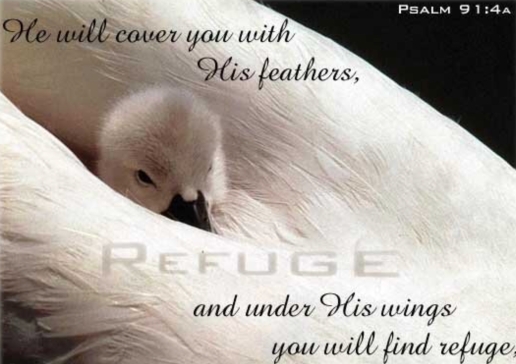 –
The Covenant Keeping One.
The first time the most awesome NAME, “YHVH,” is mentioned is in the opening verse, Genesis 2:4.  Though the Name,”God” is mentioned in the very beginning it is “Elohim: Creator,” not YHVH.
Why?
–
Because YHVH is The “Covenant-Keeping One.”  It is always written in English as “LORD,” in all upper case letter, as you read above.  This Name of God does not appear until chapter 2 because, until man was created, there was no one with whom to make a Covenant.
–

(For a more in-depth study on “THE NAME,” the unpronounceable Tetragrammaton, you may follow the link below:

The Jewish people have a reverential fear of saying this particular Name of God for fear of blaspheming Him.  They will often spell it in English like this:  “G-D.”  You and I, however, as sons and daughters of God because of Jesus, have no such slavish fear.  We can even add in vowels if we choose so that we can pronounce it:  YaHVeH!

God’s Favorite Name.
Does God have a favorite Name?  Why, yes!  He does!  Among all those Names in the Old Testament, however, NOWHERE do you find His favorite.  This is the one by which He desperately wanted to be known but could not be.  One of the many things Jesus did when He came to earth was reveal that very Name.
–
The reason you won’t find it ANYWHERE in the Old is because He could not be known by that Name…..YET!  You see, He had to conceal His plan back then in order to shield it from the many, varied and unrelenting efforts of the devil both to discover and stop it.
–
(For more on this topic, follow the link below:  https://emmausroadministries.wordpress.com/2016/04/14/as-it-was-in-the-days-of-noah-flood-series-part-7-of-8/)
–
…….But, HALLELUJAH, HE FAILED!!! 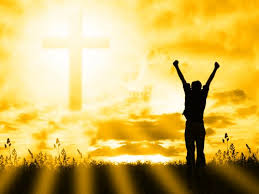 God, above all, is Pure Love. He loved us SO MUCH, in fact, that He willingly sent His beloved Son to earth to be born as one of us, to live among us, and die as one of us so that every sin, which separated us could be done away with…..PERMANENTLY!

–
Pure love, however, cannot rest and be satisfied without the company of the ones He loves: US!  He couldn’t wait rip the veil in the Temple that separated us from Him.  You could say He was just as much a prisoner as we were.  He was desperate to be able to allow us to come openly to Him, sit on His lap, hug us with His strong, protecting, loving arms, and hear us call Him by His favorite Name……… 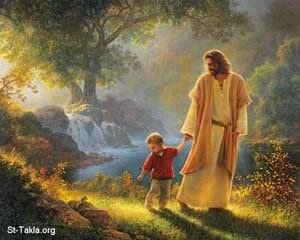