Skip to content
Part 5:  Ancient Hatred.
Ezekiel 35
“1 Moreover the word of the Lord came to me, saying, 2 “Son of man, set your face against Mount Seír and prophesy against it, 3 and say to it, ‘Thus says the Lord God:
“Behold, O Mount Seir, I am against you;
I will stretch out My hand against you,
And make you most desolate;
4 I shall lay your cities waste,
And you shall be desolate.
Then you shall know that I am the Lord.”
5″ Because you have had an ANCIENT HATRED and have shed the blood of the children of Israel by the power of the sword at the time of their calamity, when their iniquity came to an end,”
– 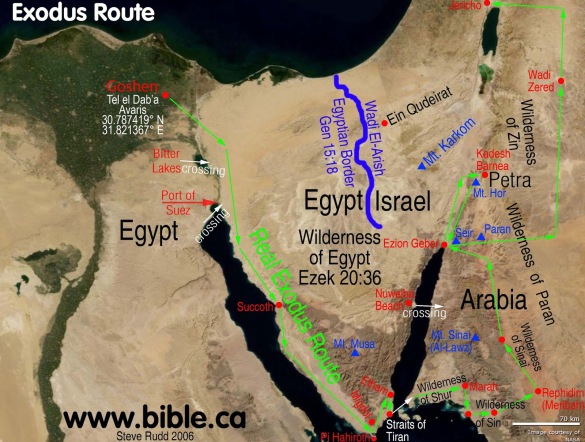 (Map showing Mt. Seir, East of Ezion Geber in the land of Edom.)

In this portion of scripture, Ezekiel is prophesying about the enemies of Israel.  God told him that when the Jewish people were brought back to their land, there would be peoples with “Ancient hatred” coming against them to shed their blood.  That’s exactly what we have been seeing exploding all over the Middle East in the news, especially of late.  We are seeing that “Ancient hatred.”

–
Mt Seir.
What and and where is Mt. Seir?  It is the place where Esau went to live, located in what is now modern day Jordan.  Today it is a haven for terrorists in the Middle East.  God has set His face against them.  This region fits perfectly to the area where Islam was birthed:  In thevcity of Medina in Saudi Arabia, near the Eastern border of Jordan.  This was the land of Moab in Bible times.
–

(Mark Twain visited Israel in 1867)
–
A God-Forsaken Land.
Isn’t it curious that 100 years ago, NOBODY wanted Israel?  Mark Twain personally visited there in 1867 and found it to be a malaria-infested, deserted wasteland.  In his words, it was “….. A desolate country whose soil is rich enough, but is given over wholly to weeds… a silent mournful expanse…. a desolation…. we never saw a human being on the whole route…. hardly a tree or shrub anywhere.  Even the olive tree and the cactus, those fast friends of a worthless soil, had almost deserted the country.”
–

Before the Jewish people came back to Israel in 1948 it truly was a God-forsaken land.  It remained so until her rightful owners returned.  Then, the mountains literally “Shot forth their branches” for them!  Israel today has become not only very fruitful but THE MOST HOTLY-DISPUTED, GREATLY DESIRED LAND ON EARTH, particularly the area of the Temple Mount.

God’s people have reclaimed their land, and even the desert is blooming like the rose!  Now, EVERYBODY wants Israel!  It is hot property!

Just as foretold by prophets of old, when God’s people returned to their land, there have indeed been many enemies who have shed their blood.  But His hand has been against them and He has laid their cities waste.  Every single nation that has ever come against the Jewish people and tried to annihilate them has been either been completely destroyed or paid very dearly for their evil.

( Israel in the center surrounded by her enemies.)
–
Read the rest of Ezekiel 35 and see the judgments that are being meted out to her enemies.  In verse 14 we read,  “‘Thus says the Lord GOD: “The whole earth will rejoice when I make you (Israel’s enemies) desolate.”  Ezekiel 35:14
Oh, yes we do!!!
–

God Speaks To The Land.

Then in Ezekiel 36, God does a very strange thing.  He turns and speaks to the land itself, in particular the mountains of Israel:

Ezekiel 36:1-2
–
That’s what have we been seeing in the news for the last several years:  The enemies of Israel attempting to lay claim to land that God gave to Israel.  He is NOT pleased.  He goes on in verse 8 to say:

“8 But you, O mountains of Israel, you shall shoot forth your branches and yield your fruit to My people Israel, for they are about to come. 9 For indeed I am for you, and I will turn to you, and you shall be tilled and sown. 10 I will multiply men upon you, all the house of Israel, all of it; and the cities shall be inhabited and the ruins rebuilt. 11 I will multiply upon you man and beast; and they shall increase and bear young; I will make you inhabited as in former times, and do better for you than at your beginnings. Then you shall know that I am the Lord. 12 Yes, I will cause men to walk on you, My people Israel;”  Ezekiel 36:8-12 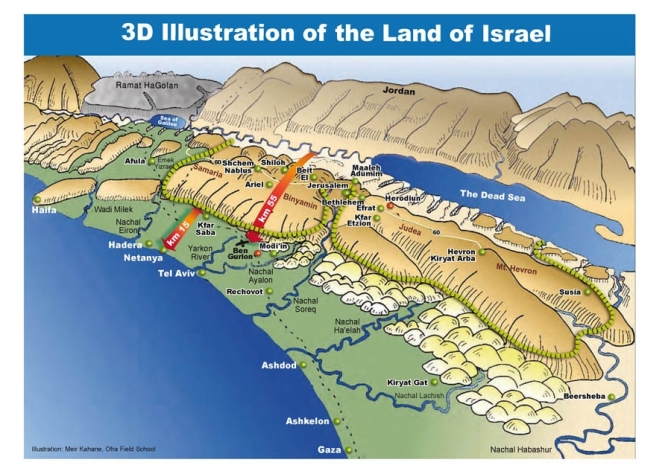 Whenever you read about “the mountains of Israel,” in the Bible, God is talking about the West Bank.  It has become some hot property, which is why it is so much in the news these days.  Jerusalem will become a cup of poison and a burdensome stone to the nations of the world.

Jesus Will Reign From Jerusalem.

The devil knows that his time is short.  You see, He knows that Jesus, the Lion of the tribe of Judah, will return to rule the world. He’s not coming back to Paris or London or Rome.  He’s coming back to Jerusalem.  When He does, He will destroy our ancient enemy, satan, once and for all.  The devil is trying to prevent that by keeping Jerusalem in the hands of his minions.

When the Jewish people came back to their land, though they did indeed find it desolate, it literally blossomed under their care!  It has become so fruitful that Israel today is the #2 largest fruit and flowers exporter to all of Europe, even in winter.  Amazing!  Go to the valley of Jezreel and you’ll see fruitfulness everywhere as well as in the wilderness of Arabah.  It is blossoming like the rose! 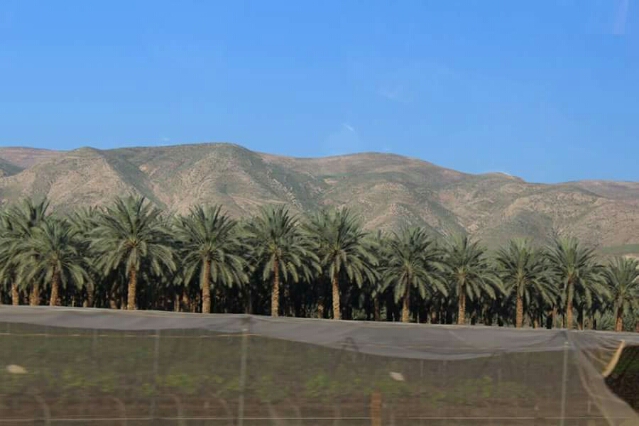 (Palm trees in Judean desert, photo courtesy of Will Metcalf.)

Why The Jewish People?

Why did God single out the Jewish people?  Are they better than other races?  More holy? More righteous?  More noble? No.  They are not blessed and singled out because of who they are but because of who God is.

“Therefore say to the house of Israel, ‘Thus says the Lord GOD: “I do not do this for your sake, O house of Israel, but for My holy name’s sake, which you have profaned among the nations wherever you went. And I will sanctify My great name, which has been profaned among the nations, which you have profaned in their midst; and the nations shall know that I am the LORD,” says the Lord GOD, “when I am hallowed in you before their eyes.”  Ezekiel 36:22-23
–
This next and greatest event of all in regards to our Jewish brethren is coming soon.  We are waiting for it to happen.  Please continue to part 6 where we’ll talk about that exciting topic!
https://emmausroadministries.wordpress.com/2016/04/24/ephraim-and-the-house-of-judah-part-6-of-9/