“Be diligent to present yourself approved to God, a worker who does not need to be ashamed, rightly dividing the word of truth.” 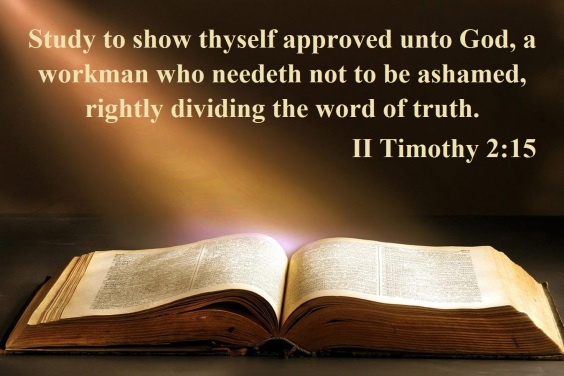 As you read in part 1, the Bible is divided up into various Covenants.  But it is also divided up by the various groups with whom He was dealing.  This is just as important to understand in determining who God is talking TO.  Remember, not all of scripture is written TO nor apples TO us, as believers, whether formerly Jew or Gentile.

Here is a rather quick overview so that we can get a birds eye view of the entire Bible.

God Deals With The Gentiles.

From creation to the Tower of Babel–Genesis 1 to Genesis 11–God was dealing with Gentiles because, well, there weren’t any Jews yet.  They sprang from Abraham, who doesn’t come into the picture until Genesis 12.

Ultimately, the Gentiles rebelled and were disobedient.  So, God suspended their blessings–temporarily you understand.  The last straw by them was the Tower of Babel, another story in and of itself.  If you’d like to know more about it, you may follow the link below: 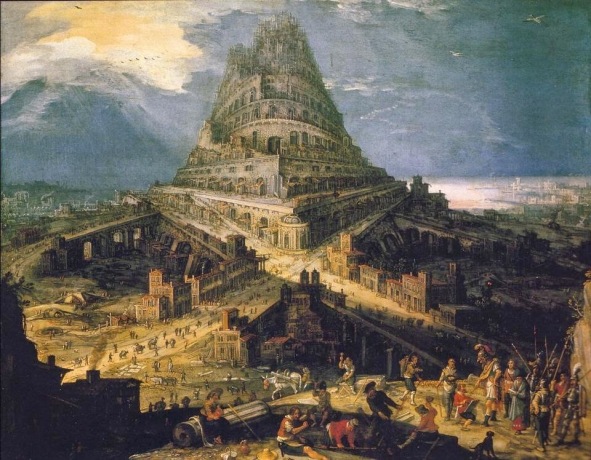 After the epic fail of the Gentiles, God instituted a new program.  From Genesis 12 a-a-all the way to Acts 1, GOD WAS DEALING WITH ISRAEL. THIS FACT IS KEY.

Yes, you read that right: From Genesis 1 through Genesis 11, God was dealing with GENTILES. But from Genesis 12 all the way to chapter 1 of the book of Acts, He was dealing with the JEWISH PEOPLE.  He founded a nation that had never before existed:  Israel, by raising Abram, calling him out of Ur of the Chaldees.  God said to him:  “From you I shall make a great nation.” Thus he became the father of all Jews.

Paul poses the question in Romans 3:1-2,  “What advantage then has the Jew, or what is the profit of circumcision? Much in every way!….. To the Jews belong the all covenants, all the promises, the favor of God, and all the blessings.”

Why did God choose them?  Certainly not because they are special or more moral than any other group.  In fact He said of them. “Because you are few in number, I chose you so that you won’t boast in your numbers.”  He chose them so that there would be a testimony of His love, goodness, mercy, and grace toward man in the earth.  But, like Jonah, one can either be a negative or a positive example.  Either way, you’ll be a testimony.

That is so God’s style, isn’t it?  He uses the weak things of this world to confound the wise.

Jesus Came For Many Reasons.

Many Christians don’t want to accept the fact that God was dealing only with the Jewish people for all that time.  They think that Jesus came only to die for the sins of the world.  I say that very reverently.

Yes, He MOST ASSUREDLY did come to die for the sins of the world!  THANK YOU, JESUS!!!  We are forever grateful!

But His primary mission was to reach out to the lost sheep of the house of Israel, though He came for MANY reasons.  Of course, the ultimate objective was to die for all of our sins.  But the Bible also tells us that another of His reasons for coming was this:

Again…..THANK YOU, JESUS!!!  He destroyed satan with his own weapon:  DEATH, which is swallowed up in VICTORY!  But first and foremost, He came for THE LOST SHEEP OF THE HOUSE OF ISRAEL.  Scripture bears out this fact.

To The Jew First.

You see, even though “God SO LOVED the world” that He sent His beloved Son, His 1st coming was for Israel and to fulfill all the promises God had made to the Jewish fathers:  Abraham, Isaac and Jacob. 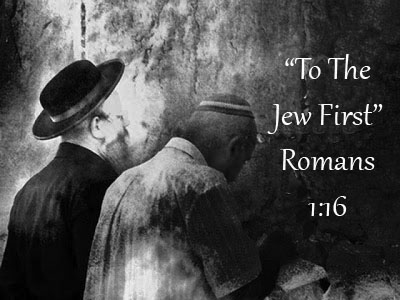 In Romans 15 it says, “Now I say that Jesus Christ has become a SERVANT TO THE CIRCUMCISION (the Jews) for the truth of God, TO CONFIRM THE PROMISES MADE TO THE FATHERS, and (secondly) that the Gentiles might glorify God for His mercy as it is written:”(verses 8 & 9).

In other words, once God’s plan with the Jews was completed, He would turn back to the Gentiles and deal with them again.  Remember way back in Genesis 11, He temporarily suspended the blessings of the Gentiles.  Upon their failure, His next plan was to use the nation of Israel and bless the entire world through them.

Israel was to be His special vehicle, so to speak; a shining example of how blessed a nation could be who’s God is the Lord in order to provoke the nations to be jealous of their God.  Then they would want to seek and serve Israel’s God and become just as blessed and favored as that nation.  But because of her rejection of her Messiah, the tables were turned.

Now God’s blessings on the Gentiles are provoking Israel to be jealous of HER OWN GOD!   Now they are beginning to want to seek the One we have!  Amazing!

During His dealing with Israel, God gave her chance after chance to turn to Him and obey His laws.  But again and again they failed.  Each time they fell away and worshiped other gods, a foreign nation would attack, oppress, and enslave them.

After a while they would cry out to God because of the oppression.  Then they would repent, and God would send a Deliverer in the form of judges at first.  But they continually rebelled against the judges.  So they begged for a king, and He allowed them to have kings.  During this time of kings, He sent prophet after prophet, yet they continued to rebel.  Finally, He sent Israel into exile in Babylon for 70 years. 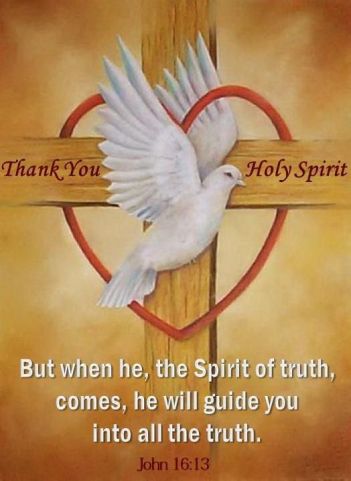 For 2,000 years, the Church has been primarily comprised of non Jews.  Having Jesus in one’s heart allows the Holy Spirit is able to lead believers into all righteousness from within.  Good thing because, as you can see, down through history, everything that man tries to do on his own fails miserably.  We can’t do it…..But Jesus can!

From Acts chapter 2 all the way to Revelation chapter 3, God is dealing with regenerate Jews and Gentiles, better known as “The Church.”  Then He will Rapture her out of this world to be forever with Him.

From Chapter 4 of Revelation all the way to the end of the book, we see Jesus turning His attention back to the nation of Israel to deal with them once again for the final time.  That’s why the full name of the book is “The Revelation of Jesus Christ.”  What group of people need a revelation of their Messiah?  The Jewish people!

Those who don’t know Jesus when He raptures His Church out of the world will be left behind.  They will be on earth when the worst of times hits the planet:   The seven years of the Great Tribulation.  It will be so bad that Jesus mentions in Matthew 24, if those days weren’t shortened, no flesh would survive.  But for the sake of the elect, meaning the Jews, those days will mercifully be cut short.

Revelation ends with Jesus’ 2nd coming.  He will return to rescue Israel from total annihilation, with us, “His Church,” in tow.  The entire nation will be saved in one day!  Israel will at last take her place alongside the Church and we will be forever joined together!

If you wish to continue this study, please join me in Part 3 by following the link below.  We’re going to be discussing the Gospels.

2 thoughts on “Rightly Dividing The Word Of God: God’s Timeline: Part 2 of 16”