“Now when we came to Rome, the centurion delivered the prisoners to the captain of the guard; but Paul was permitted to dwell by himself with the soldier who guarded him.”

(Paul preaches to the Jewish leaders of the diaspora in Rome)

In Chapter 27 of Acts, there was a terrible storm and a ship wreck as Paul made his way to Rome.  But that didn’t deter him.  He was on a mission, which he fully intended to finish.

Why was he so determined to get there, besides the obvious reason?  First of all, he had appealed to Caesar.  This had saved him from the Jews who were plotting to kill him. Forty of them had made a vow neither to eat nor drink until they killed Paul.  No doubt they all died because they never got to carry out their plan.

But there was another very compelling reason…..

Rome And The Diaspora.
Consider for a moment the position Rome had in the world at that time.  As Jerusalem was the Headquarters of Judaism for the Jews of homeland, so Rome was HQ for the Jews of the diaspora.

Rome, obviously, was the center of the Roman Empire and, back then, it was most definitely a Roman world.  As you saw in part 11, the Jews of homeland, through their leadership, completely and totally rejected Jesus. Now the Jews of the dispersion through their leadership, were to be given the same chance.  Through Paul, they also would be able to hear the Gospel and decide for themselves.

Response Of The Leaders In Rome.
Paul was guarded by a centurion who was very favorably disposed toward him. If you read the previous chapter, Acts 27, you already know why.  Once in Rome, Paul arranged a meeting with the elders and leaders.  Let’s follow the story:

–
“And it came to pass after three days that Paul called the *LEADERS OF THE JEWS together. So when they were come together, he said to them: “Men and brethren, though I have done nothing against our people or the customs of our fathers, yet I was delivered as a prisoner from Jerusalem into the hands of the Romans,” (Acts 28:17)

Paul proceeded to tell them the his story. Look how they responded:

“Then they said to him, “We neither received letters from Judea concerning you, nor have any of the brethren who came reported or spoken any evil of you. But we desire to hear from you what you think; for concerning THIS SECT, we know that it is spoken against everywhere.” (Acts 28:21-22)

They’re calling Christianity “a sect.”  Sound familiar?  It should. We hear the same kind of thing from Christians today who come against The Real Gospel:  “Oh you grace people,” as if grace is some kind of new doctrine or a heretical cult. If they understood they were rejecting the REAL Gospel, I’m sure they would be greatly dismayed! 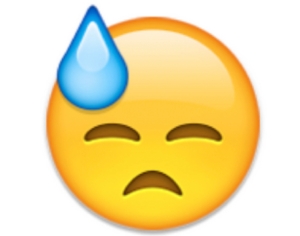 Acts ends on a very sad note.  Look at these very last verses:

“So when they {the Jewish leaders} had appointed him {Paul} a day, many came to him at his lodging, to whom he explained and solemnly testified of the kingdom of God, persuading them concerning Jesus from both the Law of Moses and the Prophets, from morning till evening……”

Are you gettin’ this?!  They sat and listened to Paul ALL DAY!  Most folks I know have a hard time sitting in Church for an hour…..or less!…..

“…..And SOME WERE PERSUADED by the things which were spoken, and SOME DISBELIEVED.  So when they did not agree among themselves, they departed after Paul had said one word:

“The Holy Spirit spoke rightly through Isaiah the prophet to our fathers, saying, “Go to this people and say:  “Hearing you will hear, and shall not understand; And seeing you will see, and not perceive; For the hearts of this people have grown dull. Their ears are hard of hearing, And their eyes they have closed, Lest they should see with their eyes and hear with their ears, Lest they should understand with their hearts and turn, So that I should heal them.”‘

“THEREFORE LET IT BE KNOWN TO YOU THAT THE SALVATION OF GOD HAS BEEN SENT TO THE GENTILES, AND THEY WILL HEAR IT!”  And when he had said these words, THE JEWS DEPARTED AND HAD A GREAT DISPUTE AMONG THEMSELVES.

Then Paul dwelt two whole years in his own rented house, and received all who came to him, preaching the kingdom of God and teaching the things which concern the Lord Jesus Christ with all confidence, no one forbidding him.” (Acts 28:23-31)

Paul’s heart must have sunk. How disappointing!  Even the ones who were persuaded, in the end, they also disbelieved.

Jesus would have returned to His people if the Jews of the dispersion accepted Him.  The final verdict is in, however:  The Kingdom of Heaven is now officially postponed until after the seven years of the Tribulation when Our Lord returns to earth.

Please join me for part 13 of Rightly Dividing The Word Of God. We’ll be talking about the Church age and Paul’s continued ministry among the Gentiles.

3 thoughts on “Rome And The Leaders Of The Dispersion: Part 12 of 16—Rightly Dividing The Word Of God”