Skip to content
The Burnt Offering:  Olah [עֹלָ֤ה]
Leviticus 1:1-3
“Now the Lord called to Moses, and spoke to him from the tabernacle of meeting, saying, “Speak to the children of Israel, and say to them: ‘When any one of you brings an offering to the Lord, you shall bring your offering of the livestock—of the herd and of the flock.
“If his offering is a burnt sacrifice of the herd, let him offer a male without blemish; he shall offer it of his own free will at the door of the tabernacle of meeting before the Lord.” 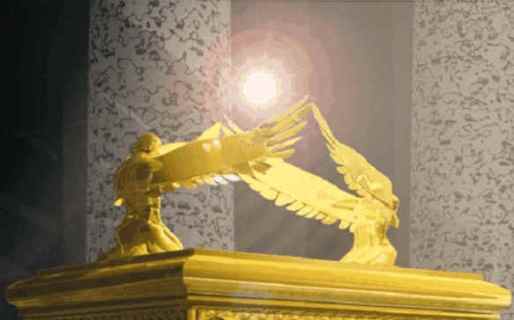 The Lord Called.
Chapter one of Leviticus is all about the Burnt offering.  The first word of chapter in Hebrew, “V’yakra,” is actually the name of the book.  It means, “And He (the LORD) called.”  The LORD called to Moses “From the Tabernacle of Meeting.”  This means it was not from Mt. Sinai, in His Judicial role, but from “The Mercy Seat,” between the wings of the Cherubim, the place of grace! 💖
–
Translator Issue.
God talked to Moses and told him all about the work His Son would accomplish on the cross.  Notice the underlined phrase, “Of his own free will,” in the opening passage. The translation here is a bit unfortunate.  It makes it appear as if Jesus was deciding whether or not to offer Himself.
–
While It’s true, Jesus did indeed offer Himself freely, the Hebrew text doesn’t say, “of His own free will.”  It says He did it for His “RADZON.”  In other words, for His “ACCEPTANCE.”  Because of His “Radzon” before His Father, you and I can have the same “Radzon” before God as well! 😍
–

–
The Law Of First Mention.
There’s a “law,” if you will, in Biblical interpretation called, “The Law of First mention.”  It is the principle of Scriptural interpretation which states:  “The first mention or occurrence of a subject in Scripture establishes an unchangeable pattern, with that subject remaining unchanged in the mind of God throughout Scripture.”
–
Below is the first mention of the word, “Burnt offering;” (In Hebrew, “Olah.”)
–
Sweet Savor.
Genesis 8:20-21:
“And Noah builded an altar unto the Lord; and took of every clean beast, and of every clean fowl, and offered burnt offerings (Olah) on the altar. And the Lord smelled a sweet savour; and the Lord said in his heart, I will not again curse the ground any more for man’s sake; for the imagination of man’s heart is evil from his youth; neither will I again smite any more every thing living, as I have done.”
– 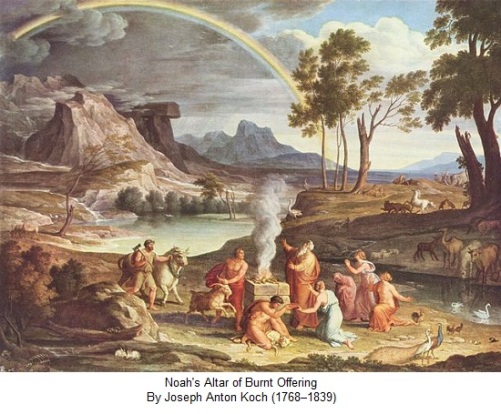 The Effect Of The Burnt Offering.

The Father talks about this offering first because it is nearest and dearest to His heart. The verse above describes the effect on His heart:  “And the Lord smelled a sweet savour; and the Lord said in his heart, I will not again curse the ground any more for man’s sake;”
–
In Hebrew, the word, “Savor,” means “A savor of rest.”  This offering, more than all others, gave pleasure and rest to His heart. WOW!!  It was never all of those animals they sacrificed that gave rest to His heart.  No.  He looked past them and saw the work of His Son.  THAT’S WHAT BROUGHT REST TO HIS HEART.
–
Abel was actually the first one to offer a burnt offering.  But in the account of his offering, the word “Olah” doesn’t appear in the Hebrew text. The first mention of the word, “Olah,” was when Noah offered his after the flood. Why?  Because the Master Storyteller is painting pictures of Jesus again!
–
Ascending Offering.
You see, the Ark that Noah built is a picture of Jesus.  After the “floodwaters” of Judgment washed over Him at the cross, having fully paid for every sin, He became our Burnt Offering.  It ascended to God like **sweet smelling perfume.  When at last He the work of redemption was finished, THEN He became our Burnt Offering.
(**We’ll discuss this more in the last part of this series.)
–
This is an “Ascending offering.”  In other words, it goes up or ascends TO, and blesses, GOD.  It depicts Jesus’ in His acceptance, or “Radzon,” TO GOD on our behalf as the perfect sacrifice without spot or wrinkle.  He qualified for that death because He was born without sin and lived a perfect life.
–
As our Burnt Offering, Jesus’ Righteousness is transferred TO us.
–
Perfect Sacrifice.
Paul, a man of intelligence, said of Jesus that “He KNEW no sin.”  John, the Apostle of love, said,  “IN HIM is no sin.”  And Peter, a man of action, said of Jesus, “He DID no sin.”  He could not have represented us as our perfect sacrifice if He either knew, did or had sin in Him.  But HALLELUJAH! HE HAD NONE!
–
How did He pay for our sins?  They were placed on Him like a garment.  That “garment” was completely burned up in the fires of God’s judgment until they were all gone; BURNT TO ASHES.
–

–
Acceptable Animals.
Animals for the Burnt Offering were always male,“of the herd and of the flock.”  In other words, domesticated animals, not wild or untamed.  Domesticated animals are obedient, thus they depict Jesus, Who was perfectly obedient to His Father, not “wild,” doing His own will.
Male, in Biblical typology, signifies “Godward.”  In other words, of benefit TO God.  Female typifies that it is of benefit TO Man. The animal could be either a bullock, a ram, or a bird, such as a pair of turtle doves or young pigeons.  They must have NO DEFECT and were slaughtered BY THE WORSHIPER, with the exception of the birds.  (More on this in the part 3.)
–
A Matter Of Economics.
The type of animal offered by each individual was determined by their economic status.  If the person was very poor he could bring a pair of turtle doves or young pigeons.  Those of middle income brought a goat or a lamb, and the wealthiest brought a bullock.  Each was brought to the priest and examined to make sure it was WITHOUT BLEMISH:  Anything that reminded God of His Son was acceptable. 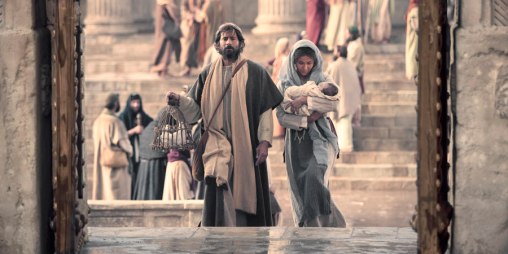 That’s how we know Jesus was born into a poor family because His family brought a pair of turtle doves to the Temple at His dedication when He was one month old.
–
You may proceed to Part 3 by following the link below. We’ll be discussing the Dove as a burnt offering:
https://emmausroadministries.wordpress.com/2017/01/21/the-five-offerings-of-leviticus-part-3-of-10-dove-offering/

One thought on “The Five Offerings Of Leviticus Part 2 of 10: The Burnt Offering”