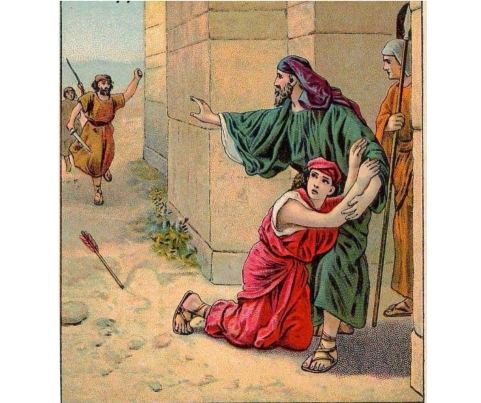 –
In ancient Israel, the law stated that if a man killed another person accidentally, he had the right to run to the nearest city of refuge. It was a safe place to go so that the relative of the deceased, i.e., the kinsman redeemer, could not enter and take the man’s life. You see, it was his job it was to avenge his relative’s death.
–
City Of Priests.
The city was populated totally by Levites, the priestly tribe, whose job it was to protect the one seeking refuge from avenger of death.  As long as the man remained within the walls of their city, he was completely safe.
–
There was a bit of a downside to it though: He had to remain there with the Levites until the man who was high priest at the time of the incident, died.  Thereafter, he was free to return to his own city without fear of reprisal by the kinsman redeemer.
–
The good part of the deal is that the man was accorded all the privileges of the priestly tribe who were given all the best food, the nicest clothing, and the best housing. Who would ever want to leave!
–

There were six cities of refuge in all: Three located on the West side of the Jordan, three on the East side. They were all well-marked and easily accessible. Five of them were situated on the tops of mountains, with the exception of Bezer, which was located on a plain.  This is a perfect depiction of Psalm 121:1-2 which says, “I will lift up mine eyes unto the hills, from whence cometh my help.  My help cometh from the Lord, which made heaven and earth.”

–
Secrets In The Hebrew Language.

Hebrew is a language of picture writing, like Chinese.  Every word, name, place, and thing mentioned in scripture, even numbers, all add to the richness and meaning of any text.  The names of these cities are no exception!  They are listed below in order of the way they mentioned in scripture along with their meanings:

Put them all together and they spell out a message for us:  “A Sanctuary is His Shoulder offered in Fellowship, a Fortress to Highly Exalt us with Rejoicing!”  That’s our Jesus! Reminds me of the Shepherd who left the 99 to seek out the one that was lost! 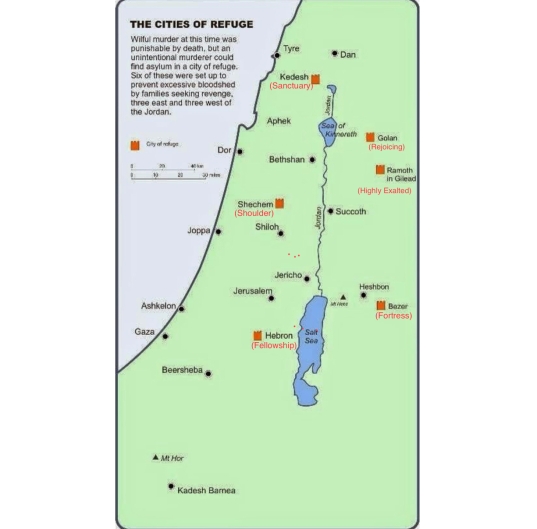 Our Refuge.
As I said, there were six cities of refuge. “Six,” however, is the number of man and, as such, it is incomplete.  But you see, God never does things in sixes; He does them in SEVENS. Seven is the number of “Completeness or perfection.” In the article below about numbers in the Bible, you will clearly see that SEVEN is stamped quite literally all over creation.  It’s like God’s signature.  You may follow the link below to read all about it: 👇🏻
https://emmausroadministries.international/2016/03/20/bible-numerics/
–
Where, or more to the point, “Who,” is the seventh City of Refuge?  It’s Jesus!  He is The Refuge for the whole world. The way to the “City” is plain and has been well-marked for all to see. As the Bible says, that since the Heavens declare his glory, all are “without excuse.”
–
The Heavens Declare.
Psalm 19 says “The Heavens Declare the glory of God.” Well guess what? They really do! THE REAL STORY in the stars was written by the One Who created the stars, placed them in the heavens, and orchestrates their movements.
–

–
No, it’s ABSOLUTELY NOT astrology.  Thumbs down to that!!! It is, however, a story well worth understanding.  Why?  Because many of you reading this may know people who actually believe all that horoscope nonsense.  Telling them the REAL story can open up a perfect opportunity to introduce them to the REAL JESUS!
–
You may follow the link below and wade through an exhaustive study on the subject if you’re interested.  (I say, “Wade,” because it’s in 43 parts! 😮):
https://emmausroadministries.international/2020/05/20/the-real-story-in-the-stars-part-1-the-heavens-declare-the-
– 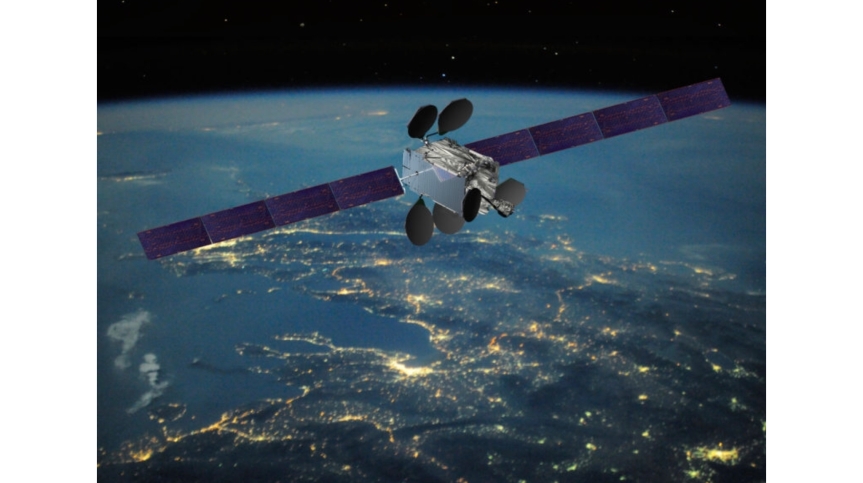 (IntelSat:  Television Satelite)
–
Highly Visible.
The Gospel today is highly visible, being broadcast on the most readily available medium of all time:  Television.  Can’t get higher than a satellite; well, except for the stars, of course.  Television can pretty easily be accessed by almost every household on the planet so that anyone looking for God can find Him.  Those who have a smart phone have access right at their fingertips.  It’s as if the Gospel is set on mountain tops for all to see!
–
Something For Everyone.
There are SIX different types of cities of “cities” for every “type” of man, woman and child from every nation, every tribe, and every tongue, scattered all over the world.  Anyone…..ANYONE…..can flee there for refuge. This demonstrates to us that, “Whosoever shall call upon the Name of the Lord shall not perish but have everlasting life.”
–
We, who have fled to The City of Refuge, are PERFECTLY safe from the one who was out for our blood–the devil. HE CANNOT COME IN.  We can stay there forever because OUR GREAT HIGH PRIEST CAN NEVER DIE!!  We truly are FOREVER SECURE!
–
This is also a picture of the local church, a place where sinners can go to find a sure refuge. There they can learn about this wonderful Jesus Who took all their sins and all their shame upon Himself on the cross; that He has taken all the punishment for sin that should have been theirs.
– 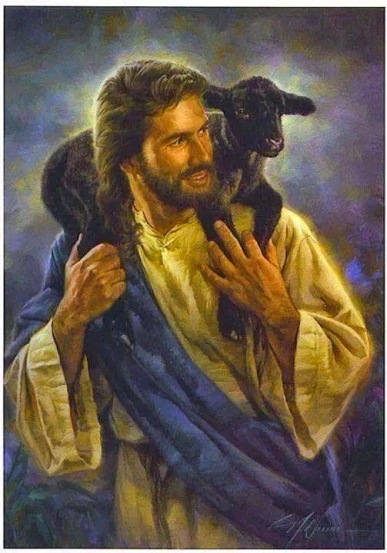 –
The Other Impossible Of Hebrews 6.
Now that you have a working knowledge of the cities of refuge, you’re about to see how it can help in understating something I like to call, “The OTHER IMPOSSIBLE of Hebrew’s 6.”
–
Many a preacher has expounded upon the passage below and preached a sermon so fiery, it could practically singe your hair! 🤯 Let’s take a look at it and see if what we have learned so far can shed some light.
–
Hebrews 6:4-6
“For it is IMPOSSIBLE for those who were once enlightened, and have tasted the heavenly gift, and have become partakers of the Holy Spirit, and have tasted the good word of God and the powers of the age to come, if they fall away, to renew them again to repentance, since they crucify again for themselves the Son of God, and put Him to an open shame.”
–
There have been some who have expounded on this passage and implied that there may be something you can do something to lose your salvation.  THAT’S RIDICULOUS!  If you can do something to lose it, THEN IT ISN’T ETERNAL.  DUH!! End of story.
–

–
The sincere, well-meaning pastors who teach this error, however, seem to know nothing about THE OTHER IMPOSSIBLE in the very same chapter…..
–
“For when God made a promise to Abraham, because He could swear by no one greater, He swore by Himself, saying, “Surely blessing I will bless you, and multiplying I will multiply you.”
“For men indeed swear by the greater, and an oath for confirmation is for them an end of all dispute. Thus God, determining to show more abundantly to the heirs of promise the immutability of His counsel, confirmed it by an oath, that by two immutable things, in which it is IMPOSSIBLE for God to lie, we might have strong consolation, who have fled for REFUGE to lay hold of the hope set before us.
This hope we have as an anchor of the soul, both sure and steadfast, and which enters the Presence behind the veil, where the forerunner has entered for us, even Jesus, having become High Priest FOREVER according to the order of Melchizedek.”
Hebrews 6:13-14, 16-20
– 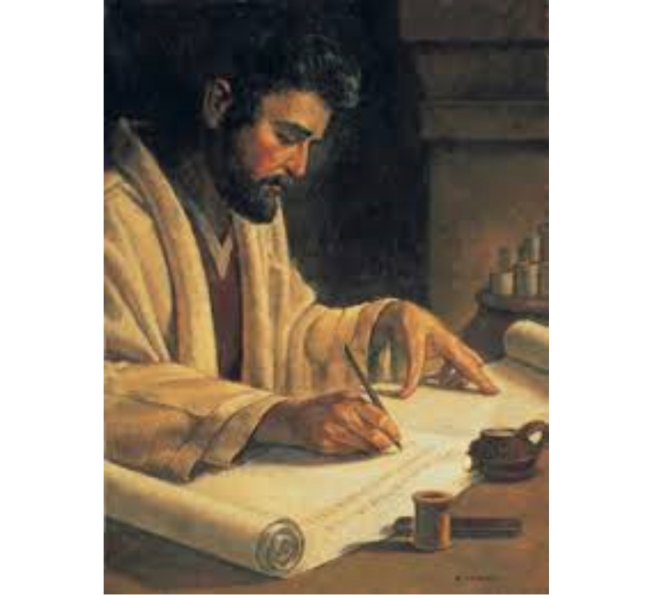 –
Forever Secure.
Paul, writing to Jewish believers, is using language that they understood to drive home a point.  We discussed the cities of refuge first so you could understand why he wrote the way he did. It was so his Hebrew audience could grasp the concept.
He used the language of the cities of refuge to point out that, once you come to faith in Christ, YOU ARE COMPLETELY, IRREVOCABLY, AND FOREVER SAFE.  YOU CANNOT LOSE YOUR SALVATION…..EVER.
–
God swore by himself because THERE IS NO ONE GREATER BY WHOM TO SWEAR.  Actually, He doesn’t have to swear at all because GOD CANNOT LIE.  So when He swears by Himself and tells you that He will bless you, HE WILL.  Take it to the bank and cash that check!
–
Church, if you have fled to The City of Refuge, and JESUS and the Father both say you are forever secure, THEN YOU ARE!
–
Rest For The Weary.
Are you tired and weary?  Has it been a long journey and you have no energy left?  Have you gone through the fight of life and feel tired and lost?  Jesus is stooping down, offering His strong shoulder to anyone and everyone who is seeking refuge.  His powerful shoulders, offered in fellowship, are a place of Sanctuary.
–
Come in and be forever safe!  REST IN HIM.  When you take His shoulder, He will lift you up and become your fortress where you can hide in safety.
– 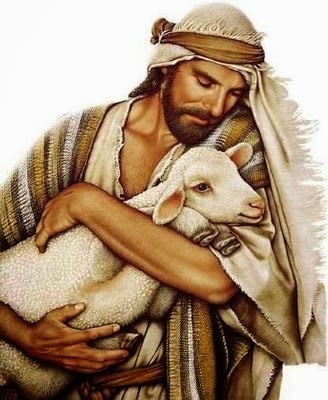 He will exalt you high above all your troubles, far above all principalities and powers, far above satan, far above all the powers of darkness; far above disease, far above above poverty, and above EVERY curse that is named.  You don’t need to do anything in your own strength.  Simply rest on both of His strong shoulders, upheld by His Love and Strength.

That’s our Jesus!  He’s our City of Refuge!

5 thoughts on “The Cities Of Refuge.”