Skip to content
Numbers 19:1-2
The Ashes of the Red Heifer.
“Now the LORD spoke to Moses and Aaron, saying, “This is the ordinance of the law which the LORD has commanded, saying: ‘Speak to the children of Israel, that they bring you a red heifer without blemish, in which there is no defect and on which a yoke has never come.”
– 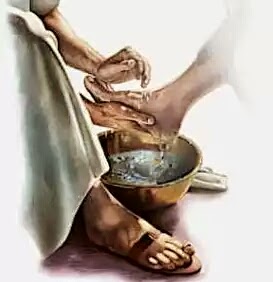 –
In part one of this series we discussed this law and what it has to do with water. We also talked about King Solomon who, even in all his wisdom, was unable to decipher the ordinance. In part 2, we’re going to begin unraveling this mysterious ordinance by first understanding why it must be a RED heifer.
–
Recurring Theme.
Water is a recurring theme throughout the Bible.  Before anything was created, Genesis 1:2 tells us the earth was without form and was void, being completely covered with water. From out of those “Waters” appeared dry land.  “Waters” covered the earth during the great flood of Noah’s day.  Ritual cleansing with water is a long-standing Jewish tradition.  Jesus was baptized in the waters of the Jordan. The Holy Spirit recorded that Jesus walked on water.
Now let’s see how water applies to the subject we are studying.
–
Symbolic Act.
In the upper room, Jesus demonstrated to His disciples that they must wash each other’s feet.  But He wasn’t suggesting the literal washing of feet.  Nothing wrong with the practice mind you; but Jesus said to them that, what He was doing to them, they would not understand now.
What did He mean by that? After the Holy Spirit’s arrival at Pentecost, He would reveal the true meaning to them.  That tells you it was a symbolic act, because what they understood at that time, was ONLY the washing “physically.”
–
This cryptic law is about what that water must contain.  From here on, that is what we’ll be discussing.
–

(Offering of the Red Heifer)
–
Freest Of All People.
The Israelites had to bring to the priest not just any animal.  It had to be a RED heifer IN WHICH was no defect and ON WHICH a yoke had never come.
–
A heifer is a young cow.  The red color depicts Jesus’ sacrifice.  Notice the language: It could have no defect IN it nor could it ever have had a yoke ON it.  In other words, inwardly without blemish; outwardly no slavery.  That’s Jesus!  He’s the freest af all people:  Free INside, no slavery ON the outside.
–
Why a cow?  Because female denotes application subjectivness.  In other words “man-ward.”  Male typifies “God-ward.”  This law is FOR MAN, for his benefit, to cleanse him on a daily basis, not an offering TO GOD.
–

(Cedar, Hyssop and Scarlet thrown in by priest)
–
Cedar, Hyssop, And Scarlet.
They killed it outside the camp in front of the priest, then burned it until it became ashes.  While it was burning they had to throw in CEDAR, HYSSOP AND SCARLET. 😧
Are you beginning to see why Solomon was so confused?  Why these three items while the heifer was burning?  (This topic is covered in great detail in Part 4).  The ashes from all the above were then stored in a clean vessel outside the camp to be used when a person touched anything dead.
–
Everyone involved in the preparation and sacrifice had to wash their clothes and were considered UNCLEAN UNTIL EVENING.  Remember this phrase for later.
–
The heifer was killed outside the camp because it was a sin sacrifice.  That’s why Jesus, Who took our sin upon Himself, was crucified OUTSIDE the walls of Jerusalem.  He took our sins on Himself and paid for them IN HIS BODY (1 Peter 2:24) and His soul (Isaiah 53:10).  His Spirit, however, remained UNTOUCHED.  Our sins were placed on Him like a garment.
–

He was literally the Offerer and the Offering!  He paid a debt He did not owe for us who owed a debt we could not pay.  This is depicted so clearly in the story of redemption God blasted all over the night sky; yes, the stars.  You may follow the link below to read all about it:

“…and Eleazar the priest shall take some of its blood with his finger, and sprinkle some of its blood SEVEN TIMES directly in front of the tabernacle of meeting.”
Seven in Hebrew numerics means “completeness or perfection.” Sprinkling the blood seven times is a depiction of thePERFECT blood of Jesus.  You and I only need ONE APPLICATION of His blood because it is PERFECT.We are perfectly, eternally and COMPLETELY cleansed from all sin;  YES, for our entire life, even those we have not yet committed.
–

The Strength Of Sin Is The Law.

Contrary to popular Christian opinion, this does not lead to licentiousness. It is a lack of understanding how forgiven we are that causes people to live in bondage; that causes people to live a sinful lifestyle.You don’t combat sin by telling people a lot of do’s and don’ts.  That is law, which ends in death.  The antidote to sin is grace.  It is the Law that gives strength to sin.  Grace is greater. You cannot out sin God’s grace!

Now, whenever you do commit any sin, you recognize it, confess it to God not to be forgiven, but because you already are.Confessing you are the righteousness of God in Christ is what will cause that sin or bad habit not to have control over your life any more.
–
You may follow the link below to part 3 to continue this series:
https://emmausroadministries.international/2016/04/06/whats-in-your-water-part-3-of-9/