“But He was wounded for our transgressions, He was bruised for our iniquities; The chastisement for our peace (shalom) was upon Him, And by His STRIPES we are healed.”
– 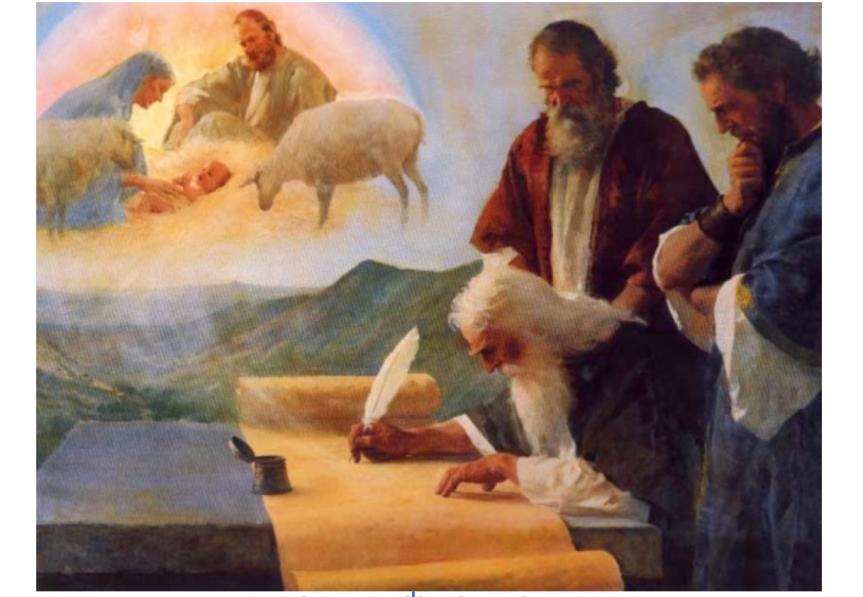 (Isaiah inspired by the Holy Spirit)

The verse above from Isaiah is, obviously, the English translation.  Translations are actually someone’s commentary of the original language which most people don’t read or speak. Nothing wrong with that, of course. But as usual, the original Hebrew reveals something so AWESOME, so mind-blowing, I guarantee you will never see this verse the same ever again.  I know, because that’s how I felt.  We are going to learn something you would never find in any definition.

–
Jewish Secretaries.
Isaiah, like all of the writers of the Bible, were not the authors of the books they wrote.  They were actually just Jewish secretaries. They wrote down exactly what they were told to write by the Holy Spirit.  That’s why we can say that, though there were many different writers, there is only One Author. The only non-Jewish secretary was Dr. Luke who wrote the Gospel named after him and the book of Acts.
–
God chose certain people to write down God’s word but He made use of their individual personalities, strengths, and weaknesses to weave the beautiful tapestry we call the Bible.  Each one tells an important part of the greatest story ever told:  That of our Lord Jesus, our redemption, and His matchless love for every one of us.  He is there, in every letter, every word, every number, and every line of scripture.  Not one single word is there just for filler.  Even the order of words, individual Hebrew letters, and verses is a message. 😮
–

In their writings are pictures of Jesus in both His first and second comings. Though they faithfully recorded what the Holy Spirit told them, none of them fully understood what they documented. They did not understand that Messiah would suffer in His first coming and reign over the whole world in His 2nd coming, an event to which we will all soon be witnesses.
–
The Jewish people were expecting a glorious, conquering King Who would restore the visible kingdom to Israel and kick out the invaders of their land. That’s why they missed their first visitation. The King of Heaven came to live among us in the guise of a common man, though He was anything but common.
–
So, though they wrote about The suffering Messiah, it didn’t fit their narrative. Neither Isaiah nor the rabbis had any idea that between the, “Child born” and “The Government shall be upon His shoulder” in Isaiah 9:6, there would be a span of 2,000 years…and we are still counting!
–

(For a more in depth discussion on this subject follow this link:

–
Secrets In The Hebrew Language.
The Hebrew word for stripes used here is “Chabburah.” Though translated as plural because it flows better in English, the word is actually singular: STRIPE.  Whenever you want to make a word in Hebrew plural, you add “im” at the end of the word. It functions like our English “s.”   “Stripes (plural) would be “Chabburim.”  It would be more accurate to quote the verse this way:  “By His ‘STRIPE’ we are healed.”
–
Here’s why this is so significant:   The singular of this word can only be used when there actually is only one wound OR THERE ARE SO MANY THEY ALL TOGETHER APPEAR AS ONE LARGE GAPING WOUND; no flesh left at all!
–
{Box of tissues, please!}.
–

–
That paints an entirely different picture, doesn’t it?  That’s the visual the Holy Spirit meant to convey by using the singular of this word. Jesus’ back did not appear to have “marks” of a whip; There was ONE raw wound: muscle and even bones and sinew were visible. 😭😭😭
–

Bear in mind two other things. Our precious Jesus was in the hands of the Romans who, unlike the Jews, had no law that told them “40 lashes minus one.” We have NO idea how many times He was struck.  He was beaten so badly that He did not even appear human! 😭😭😭

As if that weren’t bad enough, after He was scourged, they put His robe back on Him, brought Him in front of the ENTIRE GARRISON and ripped His robe back off again! 😭😭😭

Ever rip off a bandaide that has stuck onto a scab?  Yeah….OUCH!  Well, Jesus’ blood had dried all over His body after His unimaginably cruel beating and His clothing was stuck all over His body. When the soldiers ripped them back off…..well, I don’t have to describe to you what happened.  They opened up many more fresh wounds.  {More tissues please!} 😭😭😭 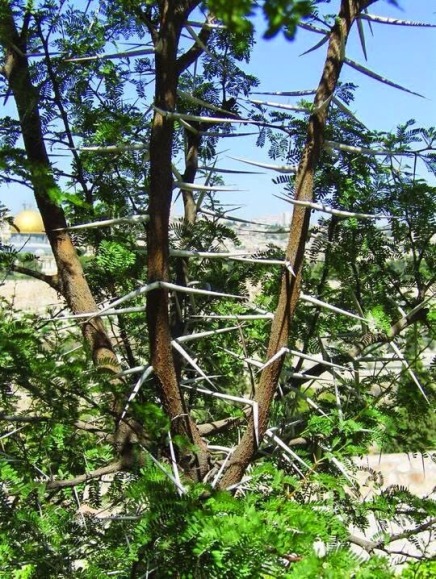 (Crucifix Thorn)
–
As if all that weren’t horrific enough, the entire Roman garrison spat on Him, jammed a crown of thorns on His head, and drove it deeper and deeper into His head with every blow of their sticks.

Here’s the real kicker:  Pilate had Jesus scourged because he knew He was innocent.  He wanted to see Him released.  You see, anyone who was scourged was not allowed to be crucified. Or, if they were sentenced to die on a cross, they were not allowed to be scourged.  It was either-or, NOT BOTH.

OUR SAVIOR SUFFERED BOTH. 😭😭😭

I will NEVER EVER again read or think of this passage again without trembling in awe and utter gratitude for what Jesus went through to redeem me.  It’s a price I should have had to pay; but He took my place.  I’m reminded of it every time I partake of communion.  It brings tears to my eyes. 😭😭😭
–

–
Judgment For Our Sins.
But…..as awful as all the above torture was, it was as NOTHING compared to the stripes laid upon Jesus by His own Father.  No doubt with tear-srained face as Father, as God He had to turn His back on His Beloved Son and unleash all the judgment and fiery wrath for every one of our sins, PAST-PRESENT-FUTURE, that we rightfully deserved.
–
Bear in mind that, though we think in terms of time, God is outside time.  There is no past or future with Him; only present.  So when He said that ALL our sins were put away, He meant “ALL.”  That is why the sins you will commit in what is future to us are put away.  As believers, we walk under Jesus’ covering and are not punished for them because He was punished for them in our place.
Oh yes;  I am FOREVER GRATEFUL!
–
Folks, Jesus also paid the full price for your healing.  But your healing is far more than a promise:  IT’S A BLOOD BOUGHT RIGHT OF THE BLOOD-BOUGHT CONGREGATION–US.
–
The work of redemption is COMPLETE.  Jesus did a perfect work!  IT IS FINISHED!!!
– 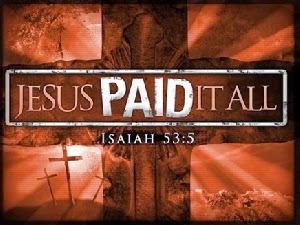 –
You may follow the link below to continue this series:
https://emmausroadministries.international/2020/04/10/the-seven-last-words-of-jesus-passover-series-part-9/

3 thoughts on “By His Stripe We Are Healed: Passover Series Part 8”