Timothy 2:15 “Be diligent to present yourself approved to God, a worker who does not need to be ashamed, rightly dividing the word of truth.” 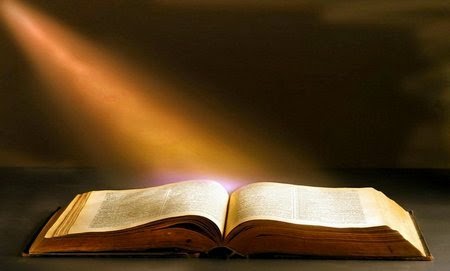 In the final part of this study, we are going to see how rightly dividing is very helpful when studying obscure passages, like some in the book of James but especially some in Hebrews 6 & 10.

Here is where determining “TO whom” and “FOR whom” really comes in handy.  The verse below is a perfect example of how NOT knowing “TO whom” the author is speaking can be misunderstood and thereby misapplied.  It has terrified and mislead many into believing something that is absolutely not true:

Who Is Your Brother?

1 John 3:15 “Whoever hates his brother is a murderer, and you know that no murderer has eternal life abiding in him.”

The most misunderstood word in this passage is, “Brother.”  That is why it has been underlined.  Ever had some well-meaning Christian come up to you and ask you, “Who is your brother?” As a non-Jewish believer, you would probably answer, “Other Christians,” meaning other believers, right?  Me, too.

But if that’s what John actually meant here, THEN WE’RE ALL IN BIG TROUBLE!  Let’s face it:  Every one of us have hated another believer at one time or another.   That means we are all murderers!  Does that mean we can lose our eternal life?

{Sigh/groan. Here we go again}  NO, of course not! That would mean the Bible is contradicting itself. It says “WE HAVE,” not “We’re trying to get it,” WE HAVE ETERNAL LIFE.”

Jesus would have said that you have this life, but it is only until you commit some really big sin, or words to that effect, if there was something you could do that was bad enough to cause you to lose it.  But He didn’t.  He Himself used the word, “ETERNAL.”  So, since the Bible does not contradict itself, there must be something that we don’t understand.  I’d believe Jesus if I were you.

That should end the discussion right there.  But no, there’s always somebody out there who doesn’t know how to rightly divide or understand context.  They go and get confused even more by the passages below and try to complicate things.  Let’s look at a few.

Let’s determine the proper CONTEXT of 1 John 3:15.  TO WHOM is John writing?  THE JEWS.  He wrote the verse this way because of the custom of Jewish Christians.  They, in fact, do call their unbelieving counterparts, “Brother.” 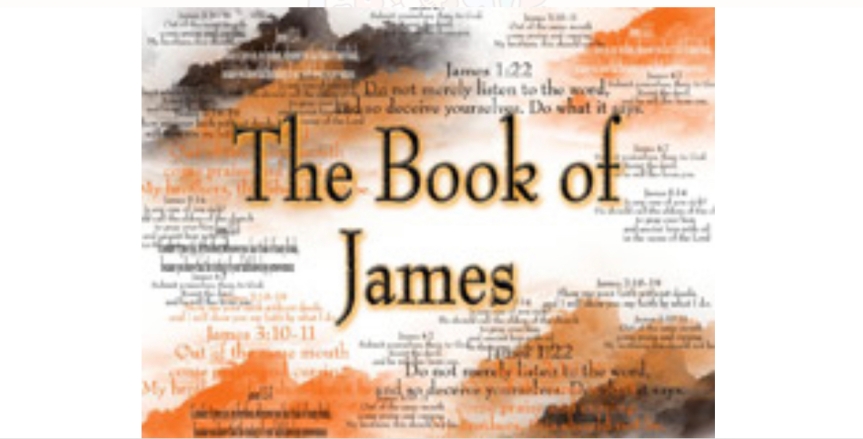 James is another book that trips up the non-Jewish Church. Look at the opening verse of his epistle:  “James, a bondservant of God and of the Lord Jesus Christ, TO THE TWELVE TRIBES SCATTERED ABROAD: Greetings. (James 1:1).

How are we justified before God? By works or by faith?  BY FAITH.  So, because scripture does not contradict itself, James cannot be referring to being justified by works in order to be made righteous or to be acceptable to God.

This is another whole topic in an of itself.  If you’d like to read more, follow the link below:

TO Whom?
The declaration which appears in 1 Peter, also applies to his 2nd epistle:  “Peter, an apostle of Jesus Christ, TO THE PILGRIMS OF THE DISPERSION in Pontus, Galatia, Cappadocia, Asia, and Bithynia, elect according to the foreknowledge of God the Father, in sanctification of the Spirit, for obedience and sprinkling of the blood of Jesus Christ: Grace to you and peace be multiplied.”(I Peter 1:1-2 )

Peter was also addressing THE JEWISH DIASPORA.  When you read these epistles that are written TO the Jewish people, keep that fact in mind.  Not all of it may apply to you, though the information may prove insightful. 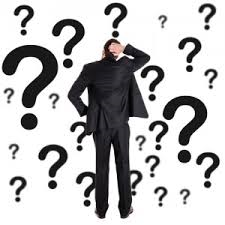 Here’s a confusing passage that might trip you up:  “For the time has come for JUDGMENT TO BEGIN AT THE HOUSE OF GOD; and if it begins with us first, what will be the end of those who do not obey the gospel of God?” (I Peter 4:17)

One could conceivably read this and be afraid to ever go to church again, thinking that judgment is going to fall on “US….at Church!  Nope. FEAR NOT, Church!  This was written by Peter 10 or so years before Herod’s temple was burned to the ground, which they called, “THE HOUSE OF GOD.”  He knew it was going to happen, so he wrote this to warn fellow Jews.  If they chose to continue rejecting Jesus, judgment was going to fall, BEGINNING WITH THE JEWS, in the destruction of the PHYSICAL temple in 70 A.D.  He said, “Judgment will begin with us,” referring to his fellow Jews.

Back then, the physical temple was referred to as the “House of God,” even by Jesus Himself.  If that were really referring to the you and I, Church, it would mean the Bible had was contradicting itself.  IT IS NOT.

Paul wrote, “There is therefore now NO CONDEMNATION {no judgment} for those who are IN CHRIST JESUS.”  Jesus has already taken away ALL our judgment.  What is left to punish if they are ALL put away?  The fact is, there’s nothing left to punish.  God punished His Son instead of us.  THERE IS NO JUDGMENT LEFT. 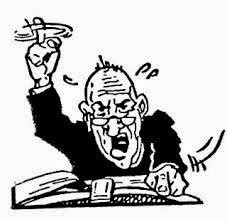 Hebrews 10:26-27. “For if we sin willfully after we have received the knowledge of the truth, there no longer remains a sacrifice for sins, but a certain fearful expectation of judgment, and fiery indignation which will devour the adversaries.”

Now this is a passage that has REALLY tripped up some in the Church.  I’ve heard some fiery sermons on this one.  I’m sure you have, too.

First of all, every sin is a “Wilful sin.”  So why does Paul make a point of calling this particular sin, “Willful?”  Remember what we learned about CONTEXT.  Once again, who is being addressed here?  THE HEBREWS (JEWISH PEOPLE.)  These Jews actually knew that Jesus was the Messiah, yet they persisted in rejecting Him.  They never internalized that knowledge and became born again.

The Paul particular sin that Paul is referring to dealt with these unsaved brothers.  These Jews who “Sinned willfully,” even thought they agreed Jesus was the Messsiah, were never saved.  Knowing Who Jesus is but CONTINUALLY rejecting Him IS A WILLFUL SIN.

Prior to the destruction of the Temple, many who knew Jesus was the Messiah thought, just in case He wasn’t, that they’d hedge their bets by also going to the temple to offer bulls and goats.  They also fellowshiped with their born-again brethren, yet never came to faith in Christ.  THEY WERE NEVER SAVED.

No wonder they were fearful!  Now that Jesus had shed His perfect blood, the blood of bulls and goats isn’t gonna cut it any more. JESUS IS THE ONLY ACCEPTABLE SACRIFICE FOR SINS. THERE IS NO OTHER.  So, if you were depending on the old system, all you had now was a FEARFUL EXPECTATION OF JUDGMENT.  And rightly so, because you were told that God no longer accepts those offerings.

Does all that mean we  shouldn’t read those books because there is nothing for us?  No.  Just don’t be confused by messages that don’t apply TO you.  It should be of great comfort to KNOW that you are forever secure, forever righteous, hid with Christ in God! Amen!

Did you ever notice that none of these men who wrote TO the Jews ever talk about Jesus seated at the right hand of God or the Church as the body of Christ?  Why?  Because all those kinds of teachings came solely from the Apostle Paul by revelation, directly from The Source: JESUS HIMSELF.

These men who walked and talked with Jesus while He was on earth, surprisingly, had a very hard time understanding that His coming to earth was more than about restoring the Kingdom to Israel.  As we talked about in an earlier part of this study, they were a bit exclusionary in their thinking.

They thought the Messiah was only for the Jews. They didn’t understand the concept of the Church, Gentiles getting saved, and the Gospel for the whole world. It took them quite a while to come to grips with the idea.

In order for Jesus to restore the kingdom to Israel at that time, their leadership would have had to accept Him as their Messiah in His first coming. Had they done so, there would be no need for a second coming.  But as you know, they rejected Him as a nation, and for two thousand years, they have suffered as a result.  But the Gentiles have benefitted.

Pastors and teachers, I hope you won’t hesitate to read or study any part of the Bible.  The most important things to keep in mind are the principles of context and of rightly dividing the covenants.  This will result in better understanding and more accurate exegesis of whatever passage on which you want to expound.  It will lessen misunderstandings and avoid inadvertent misapplications that none of us want or need.

It’s also critical to understand that not everything in scripture applies TO you or TO your Church.  Pastors in particular need to be very careful as we have a greater responsibility than the average Christian.  We especially must NOT to mix up the covenants because our teaching affects the sheep of Jesus’ fold.  He doesn’t take kindly to any of His under shepherds beating His flock, meaning teaching them law mixed with grace.

Also, when you study the Old Testament, don’t go there looking for laws, laws, and more laws.  Go there to see Jesus hidden in all the scriptures.  He is quite literally hidden in every line of the original languages if you know where to look!

Unveil His beauty to your people.  Show them how to see Him in different types, offices, and stories of the Old Testament.  Use Paul’s letters to help you uncover the meaning in various typologies. The book of Hebrews is particularly useful in understanding all these things.   You’ll be warmed and filled and so will your people!

It’s high time The Body of  Christ to comes into full maturity in Him and know how to RIGHTLY DIVIDE THE WORD OF GOD.   We will all grow spiritually and flourish “like the palm tree, planted by rivers of living water!”  There isn’t a more important skill that any of us–Pastor, teacher, theologian…..or rank and file–can develop than this:  TO RIGHTLY DIVIDE THE WORD OF GOD.

Thank you for your kind attention to this study.  I truly hope this series has helped and blessed you.  If you missed any part and would like to follow along from the beginning, below a link to part 1:

2 thoughts on “Obscure and Confusing Passages: Part 16 of 16—Rightly Dividing The Word Of God”