Skip to content
John 15:2
“Every branch in me that does not bear not fruit he takes away: and every branch that bears fruit, he prunes, that it may bear more fruit.”
–

Your perception of your Heavenly Father colors EVERYTHING:  How you pray; your perception of that scripture you just read; how you walk out your Christian life.  It also affects how and what you receive from God.

The English translation of this passage is a little ominous, isn’t it?  It seems to say that if you don’t measure up, you could lose your salvation:  “God will take you away.”  There’s a scary thought!

Now, if you perceive Abba as a stern disciplinarian, this passage as translated fits right into your paradigm.  But what we have here is a little “Translator issue.”

I have good news for you:  GOD ISN’T LIKE THAT!!  Let’s look at the passage again, see what the Greek reveals, and kill a big fat religious myth.

Clarity In The Greek Text.

John 15:2
“Every branch in me that does not bear fruit he (God) takes away {aireí}: and every branch that bears fruit, he prunes {kathaírō}, that it may bear more fruit.”

The phrase translated in your English Bible as, “Takes away” is the Greek word, “Airei.”  The root word “Airó,” from which it is derived has four meanings:  1. To raise, 2. To lift up, 3. To take away, 4. To remove.   “To take away is the third meaning.  Now, if you have a hard view a God and believe Him to be a harsh Judge as a translator, you’re going to pick meaning number 3.

But Abba is not like that.  When you truly understand the loving heart of our Father, you know that He doesn’t throw you away.  He lifts up, encourages, and dusts you off so you will be more useful.  That’s a whole lot different, isn’t it?  About 180° different!

“But the Bible is an inspired book,” you say.  That is very true but IT IS ONLY THE ORIGINAL LANGUAGES THAT ARE INSPIRED, not your translation.  When you pick up any translated version, what you are actually reading is someone’s commentary.  You are seeing through the lens of a translator who may have a hard view of God.  That colors his thinking and comes across in his translation.  He picks the forth meaning instead of the first one.

The way this passage has been worded makes you think that, if you don’t produce fruit, you’ll be discarded, doesn’t it?  Many well-meaning preachers have even used it to try and scare their people into living holy lives.  Not only does that tactic backfire, it produces the opposite effect.

Church, who do we know that would love nothing better than to trample on you and discard you?  The devil!  But certainly NOT God. He is not standing over you with a big stick waiting to pounce on you for the least little infraction.

Anyone who is familiar with vineyard husbandry at all knows very well how precious and valuable each and EVERY branch is. When one is lying on the ground, the Vinedresser doesn’t tear it off and throw it away.  No.  HE LIFTS IT UP: Airó, dusts it off, and places it back on the trellis.  If he left it lying on the ground, it would not be able to bear fruit.  But once it is back up in it’s proper position and cared for, it can become productive.

That’s what our Heavenly Vinedresser does!

The word for “prune” in Greek is “Kathaírō – to make clean by purging or removing undesirable elements.”  The branch is pruned, or purged, by eliminating what is unfruitful.

By purifying it, he is making the branch, ‘Unmixed.”  This is a depiction of what happens whe grace is “mixed” with law:  It produces death, not life, causing the vine to be unfruitful.  God needs to remove all the debris it has produced so the vine can flourish once again.

Remember what Paul called the Law?  “The ministry of death, WRITTEN AND ENGRAVED ON STONES.”  What was the only part of the 613 laws that was engraved on stones?  THE TEN COMMANDMENTS.

We have not need for them in the Church.  Why?  Because why do you need “The map,” when you have living inside you “The Man Who wrote the map,” leading and guiding you into ALL truth?  He is the reason we are not lawLESS.  In face, we are even more LAWful than those who try in their own strength to obey the law.

–
The root word of kathaírō is further proof that the LAW PRODUCES DEATH.  “Katharos,” in Greek means “clean (adjective), pure, unstained, either literally or ceremonially or spiritually; guiltless, innocent, upright.”  Again, this is a picture of a Christian who’s been beat down by the law mixed with grace.  He has been made to feel unclean and unworthy.  This person can easily become burdened down by bad habits he tries to shed but cannot.  In effect, he or she is “Wallowing in the dust.” 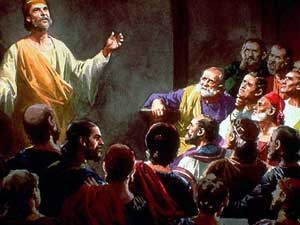 The Vinedresser removes all those unproductive parts that resulted from being under this so-called “teaching;” this ugly, pseudo-doctrine that Paul preached against so strongly to the Galatians.  He called it “another gospel.”  John in Revelation called it “The doctrine of the Nicolaitans.”  It is also known as “the Galatian heresy, legalism or balance.”

When God exposes the cast down branch to the freedom, fresh air and sunlight of the true gospel, “GRACE,” it can live and bear fruit again!

The “Branch” now understands that it is guiltless, innocent, and upright before the Father because of the blood of Jesus.  The branch wasn’t able do all this for himself.  The Vinedresser had to clean him.  He washed it with the water of His word.

So, when you are down and out, depressed, or dragging on the ground, your Heavenly Father is not going to discard you:  NO, NO, NO.  A thousand time NO!  He wants to lift you up so that air, sunlight, and nourishment can be restored.  He nurses you back to health so that you will be able to bear beautiful, healthy, ripe grapes that make others drunk with New Wine;  the Wine of Life.  In other words, “Drunk on Jesus!

That’s our wonderful Abba, the Vinedresser!

2 thoughts on “The Vinedresser.”