Mark 10:43b-45
“…whoever desires to become great among you shall be your servant. And whoever of you desires to be first shall be slave of all. For even the Son of Man did not come to be served, but to serve, and to give His life a ransom for many.” 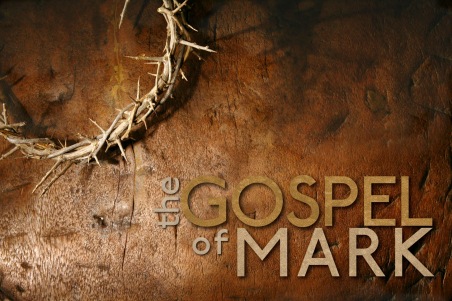 The Gospel of Mark is all about Jesus, the Divine Servant, the One Who came not to be served, but to serve.  Though the opening verse isn’t recorded until chapter 10, it expressly declares His purpose.  Even so, the “Key” to this book is found in all the activity in the first chapter.
–

Busy, Busy, Busy!
Mark begins with a bang! He writes about Jesus going here, going there, doing this, doing that; busy, busy, busy, busy Busy!  He is healing, restoring, preaching, ministering, cleansing the leper, and casting out devils. It is non-stop action all the time:  Moving, healing, delivering, restoring, preaching, preaching, and more preaching.
–
Divine Servant.
The word, “Immediately,” or words to that effect, is in practically every paragraph. Translated from the Greek, “Eutheós,” is a word which means “Immediately, straight away, soon, at once, forth with…..;” you get the idea. 😉
Mark writes, “Immediately He did this; immediately He did that,” eleven times in the first chapter alone, and 42 times in the sixteen chapters of his Gospel.

By comparison, it appears only 18 times in Matthew, 7 times in Luke, and 6 times in John. Amazing! 😮 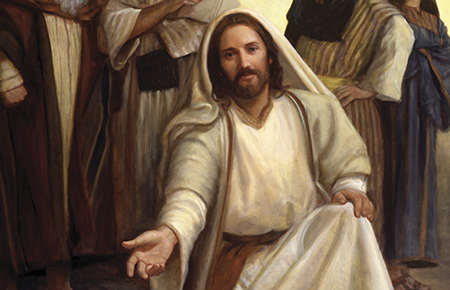 Bad Grammar?
Many sentences in this Gospel begin with the word, “And.”  From verse 16 onward, it is “And He walked by the sea…And immediately He did this…And immediately He went there.”  And, and, and.  And He is always working, tirelessly serving…..And He is the Divine Worker!

🥵 Whew! I’m tired just reading all that!
–
All those sentences beginning with “And,” are not really very good English.  Nope.  Not at all!  You know our English teachers would never let any of us start every sentence with “And.”  Not a chance!   The Holy Spirit is the only One Who could get away with doing it. Why?  As usual, He has great purpose for everything He does. 😁

Why “And?”  Because and speaks of “Movement.” That’s our Jesus!  He never stops working AND He is always on the move, AND He never gets tired of serving His people AND He is the Perfect Servant. He is the Divine worker…..AND no wonder it is the Ox that represented this gospel in the Old Testament! Whew!
–
The Seven A’s.
Look at the beauty and symmetry in this gospel, in the movements of our Lord Jesus in the first chapter. Below are the seven A’s of chapter 1:

#1) Announced by the forerunner, John the Baptist. 🙌🏻
Mark 1:1-3
The beginning of the gospel of Jesus Christ, the Son of God. As it is written in the Prophets:
“Behold, I send My messenger before Your face,
Who will prepare Your way before You.”
“The voice of one crying in the wilderness:
The voice of him that crieth in the wilderness, Prepare ye the way of the Lord, (Yahweh) make straight in the desert a highway for our God.” (Elohim)
(Malachi 3:1, Isaiah 40:3)
–
#2) Approved by the Father. 🙌🏻

Mark 1:10-11
“And immediately, coming up from the water, He saw the heavens parting and the Spirit descending upon Him like a dove. Then a voice came from heaven, “YOU ARE MY BELOVED SON, IN WHOM I AM WELL PLEASED.”
–
#3) Anointed By The Spirit. 🙌🏻

Mark 1:9-10, (YLT)
“9 And it came to pass in those days, Jesus came from Nazareth of Galilee, and was baptized by John at the Jordan;
10 and immediately coming up from the water, he saw the *heavens dividing, and the Spirit as a dove coming down upon him;”
–

*Literally, the heavens divided for Jesus as He arose from the waters of baptism. Talking about Jesus causes the heavens will open up to you, too!  Demons hear His Name and run screaming! His Name is the Name above every other.  At the Name of Jesus, EVERY KNEE must bow!
–
#4) Assailed by the devil. 🙌🏻

Mark 1:12-13
“Immediately the Spirit drove Him into the wilderness. 13a And He was there in the wilderness forty days, tempted by Satan…”

–
The devil didn’t drive Jesus into the wilderness. The Holy Spirit did so that He could be tested to show He was the real deal.  Hebrews 14:15 explains it this way: “For we do not have a High Priest who cannot sympathize with our weaknesses, but was in all points tempted as we are, yet without sin.”

The Greek text here, if you study it carefully, reveals that He was tempted but it had nothing to do with sin.  He was tested the way you would test a gold nugget to determine it is the genuine article.  It wasn’t that He could sin and chose not to, HE CANNOT SIN.

We sin because we are lead by our own lusts and enticed.  In Jesus, there is no lust to do wrong whereby He could be lead away and enticed.  No hooks, you might say.  “IN HIM WAS NO SIN.”
–
#5) Acknowledged by the wild beasts. 🙌🏻

—
For 40 days (6 weeks) Jesus’ only company was that of the wild (not domesticated) beasts. They were subject to Him. Unlike man, they recognized their Creator. Man did not know their God, even though He walked among them and performed incredible miracles!
–
#6) Attended to by Angels. 🙌🏻

Mark 1:13c “…and the angels ministered to Him.”
Just like Jesus, angels minister to you and I because we are valuable to God!
–
#7) Acclaimed by the multitude. 🙌🏻

Mark 1:32-34
32 At evening, when the sun had set, they brought to Him all who were sick and those who were demon-possessed. 33 And the whole city was gathered together at the door. 34 Then He healed many who were sick with various diseases, and cast out many demons; and He did not allow the demons to speak, because they knew Him.”
–
Finally, man acknowledges this wonderful, glorious Servant Who came from Heaven, Who healed ALL who came to Him, and taught as One having authority; not as the scribes and Pharisees. 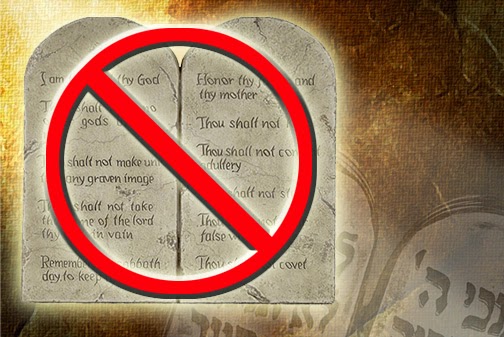 Gospel TO The Gentiles.
Comprised of only 16 chapters, this shortest of the Gospels was written primarily to the non-Jewish Church.  It is the only account in which lists events are listed chronologically.

The others do not do so being recorded in what is known as Divine order.  Events that happened at an earlier time are often document later in their narratives and visa versa because the Holy Spirit wants to convey a specific message. Many times, He is comparing and contrasting one subject with another.
–

No Jewish Laws.
Because he was writing to Gentiles, Mark didn’t mention anything about Jewish laws. After all, Mosaic law never applied to them.  They were never under the law.

By comparison Matthew, who wrote specifically TO the Jewish people, is full of Jewish laws and traditions from beginning to end.
–

More Miracles.
It’s interesting to note that Mark records 3 times more miracles than parables as compared with Matthew!  Remember, the theme of Mark is the Divine Servant. Jesus came and served mankind but, unlike frail humans, He had both the grace AND knowledge of the Father’s will AND the power to carry it out.

Matthew records more parables because, when it comes to serving Jesus, what you “DO” is more important and more revealing than what you “SAY.” Talk is cheap. The fact that more miracles than parables are recorded in Mark drives home the point that miracles happen by Grace, not Law.
–

The Humblest Human Act.
The humblest thing you and I can do is allow Jesus to serve us.  Will you consent to let Him serve you?  He wants to give you gifts of healings, of provision, of every good thing the Father desires you to have.

But God’s grace and power, like water, flows most to the lowest places.  It seeks those who are lowly and have a servant heart, like Jesus, the Servant Leader. He is the One Who said that the greatest in the kingdom of God is the greatest servant of all.
– 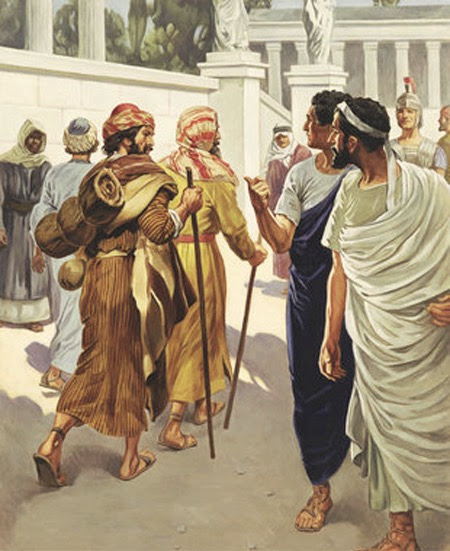 –
Who Was John Marcus?
John Mark, or Marcus, was the Jewish secretary the Holy Spirit used to write the Gospel of Mark. His choice shows the great grace and mercy of our Father in that He had this young man pen this particular gospel!  So who was he?
–
John Mark was not one of the 12 disciples.  John is a Greek name, from the Hebrew, “Hananiah,” which means, “Grace,” and Marcus is a Roman name.  There’s a clue to his identity in the book of Acts.

Remember the story in Acts 12 where Peter was in prison for preaching the gospel? There had been much prayer going up for him at the house of a woman named, “Mary,” to whom you shall shortly be introduced.  Let’s follow the story:
–

An Angel Frees Peter.
Acts 12:5-10
Peter was therefore kept in prison, but constant prayer was offered to God for him by the church. 6 And when Herod was about to bring him out, that night Peter was sleeping, bound with two chains between two soldiers; and the guards before the door were keeping the prison.
7 Now behold, an angel of the Lord stood by him, and a light shone in the prison; and he struck Peter on the side and raised him up, saying, “Arise quickly!” And his chains fell off his hands. 8 Then the angel said to him, “Gird yourself and tie on your sandals”; and so he did. And he said to him, “Put on your garment and follow me.”
9 So he went out and followed him, and did not know that what was done by the angel was real, but thought he was seeing a vision. 10 When they were past the first and the second guard posts, they came to the iron gate that leads to the city, which opened to them of its own accord; and they went out and went down one street, and immediately the angel departed from him.”
– 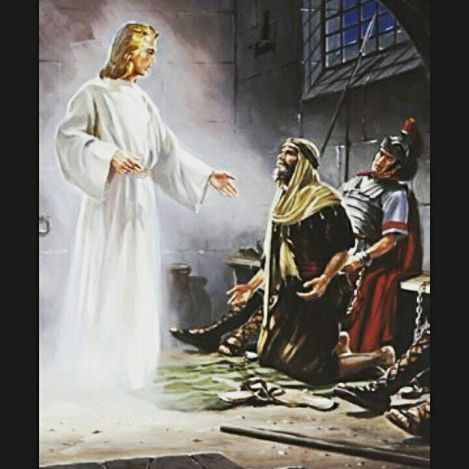 Because of constant prayer being offered up for him, Peter was miraculously delivered from prison. The account goes on to say, “He (Peter) came to the house of Mary, the mother of John whose surname was Mark, where many were gathered together praying.”
–
Mary was John Mark’s mother. It was at her home that the Church was gathered to pray!
–
Three chapters later, however, a quarrel broke out between Paul and Barnabas over this very young man. Though we are not told exactly what happened, he failed big time in doing the work of the Lord while ministering in Pamphylia.

Mark was a servant who failed.
–
John Mark Grew Up
But fear not! Later on in 2 Timothy 4:9-11, John Mark has been restored for Paul says to Timothy:
“Be diligent to come to me quickly; 10 for Demas has forsaken me, having loved this present world, and has departed for Thessalonica—Crescens for Galatia, Titus for Dalmatia. Only Luke is with me. Get Mark and bring him with you, for he is useful to me for ministry.”
–
Somewhere along the way, John Mark grew up.  How amazing it is that this servant who failed was used by the Holy Spirit used to write the Gospel of Mark that is all about Jesus, the UNFAILING SERVANT!
–

Could there be a clearer demonstration of Psalm 103:14?  Probably not!  “For He knows our frame.  He remembers that we are dust.”

–
If you wish to continue this series, you may follow the link below to Part 6.  We will be learning some amazing things about the the Gospel of Luke: