“4 I will set up SHEPHERDS over them who will FEED THEM; and they shall FEAR NO MORE, NOR BE DISMAYED, NOR SHALL THEY BE LACKING,” says the LORD. “Behold, the days are coming,” says the LORD, 5 That I will raise to David a Branch of righteousness; A King shall reign and prosper, And execute judgment and righteousness in the earth. In His days Judah will be saved, And Israel will dwell safely; Now this is His name by which He will be called:

THE LORD OUR RIGHTEOUSNESS [YHWH Tsidkenu]
–

–
7 “Therefore, behold, the days are coming,” says the LORD, “that they shall no longer say, ‘As the LORD lives who brought up the children of Israel from the land of Egypt,’ 8 but, ‘As the LORD lives who brought up and led the descendants of the house of Israel FROM THE NORTH COUNTRY [Russian Jews] and from all the countries where I had driven them.’ And they shall dwell in their own land.”
– 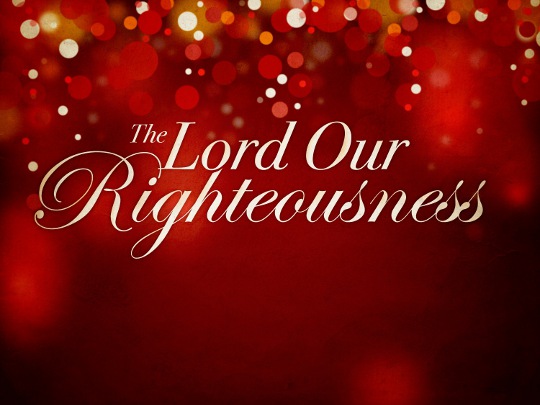 We are alive at the most exciting time in history. 😁 Our God is moving in powerful ways all over this world, restoring the real Gospel in place of the other that has permeated the Church for decades.  It is sweeping across the globe like so much holy fire! 💥

From The Land Of The North.
There is a major and very exciting Kairós (prophetic) event happening in our day:  More Jewish people than ever before in history are returning to Israel from “The land of the North:  Russia.”  This momentous event mentioned in the verse above which proves we are in the days of YHVH Tsidkenu. 💖
–
It is also the hallmark of another global occurrence:  A New Priesthood is being raised up all over the world after the order of Melchizedek. 🙌🏻
–

For centuries there have been shepherds over the Church who, truthfully, have been beating the sheep of His pasture instead of feeding them with the counterfeit gospel Paul discusses in the book of Galatians.  But in these last days, Jesus is raising up a whole new generation of shepherds who are feeding His sheep.  HALLELUJAH!!! 🙌🏻

Who is Melchizedek?  He was the King of Salem that met Abram when he returned from rescuing his Nephew Lot and family. They had been taken captive by king Chedorlaomer and his royal cronies.

The first word this King/Priest spoke to him was “Blessed be Abram of God Most High, possessor of heaven and earth; and blessed be God Most High, Who has delivered your enemies into your hand.”  Genesis 14:19-20.

There was only blessing out of his mouth and no curse.  That’s one of the hallmarks of the New priesthood: Blessing and no curse!  They will teach the people the truth that they are not under condemnation but are blessed of God Most High!
–
The Melchizedek priesthood will point TO THE SHEPHERD, Jesus, remind the sheep of their eternal, irrevocable, right standing before the Father because of Jesus’ finished work and that they are eternally loved by Jesus.  After all, WE ARE TRANSFORMED BY BEHOLDING, NOT SCOLDING. 🤨
–
Effect Of Melchizedek Priesthood.
This knowledge results in the following.  The people will:
A) BE FED—The real bread from heaven.
B) FEAR NO MORE—No more sin consciousness.
C) NOR BE DISMAYED—No fear of punishment from God.
D) NOR SHALL THEY BE LACKING—Full provision.
–

–
A Gift Is Not A Reward.
Many Christians, sadly, believe that righteousness is all about their “right doing.”  That would make your right standing with God a reward, not a gift. AS IF! 😲
Why do they think that?  Many have probably been taught this by their present “Levitical priesthood” that Jesus is in the process of replacing.
–
Is righteousness a reward?  No. Righteousness is a GIFT 🎁 you received when you accepted Jesus as your Savior.  His righteousness was imputed to you, though you did nothing right.  Your sins were imputed to Him when He hung on the cross, though He did no sin.
–
It really isn’t our righteousness at all.  It is His, the One Who gave it to us. He has clothed us (passive voice) with it like a garment.  That means it was done TO us.  If it was done to us, it cannot be undone BY us……and Jesus is NEVER going to take it back.  Yes, that means we are eternally secure!
– 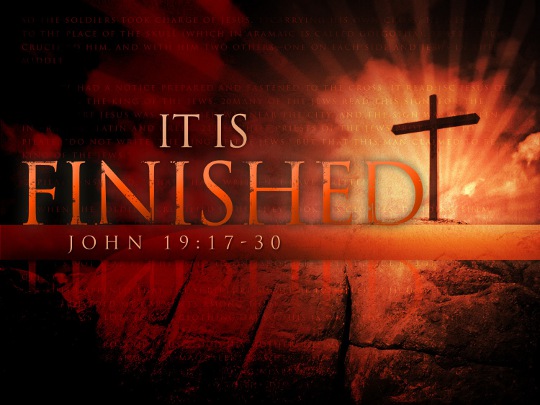 Does that mean God has gone soft on sin? WASH YOUR MOUTH OUT WITH SOAP!  How can you even think that when He gave up His Beloved Son?  He allowed Jesus to die for you instead of killing you for your sins.  That sure isn’t my definition of soft.  It doesn’t get any more hard core!
–
At the cross, God’s love and God’s justice met and kissed.  It is there that all extremes meet.  He neither forgives us of our sins on a whim nor loves us without a righteous foundation. He has a legal right to declare us right with Him.
–
Because of sin, there was a price to pay.  Somebody died for us:  Jesus.  God unleashed the FULL MEASURE of His just judgment and punishment for sin on Him, holding NOTHING back.  He turned His back on Jesus as he hung there, suspended between heaven and earth.  While He carried our sins, in a selfless, unprecedented act, His Father had to forsake Him.  Because of that, He will never forsake or leave us!
–
All your sins for your entire life were imputed to Jesus that day, 2,000 years ago on the cross. God did not miss even one.
–

Now, because of His finished work, you and I, HALLELUJAH, are completely cleansed for all time and eternity. HE DID A COMPLETE WORK!  Your sinning CANNOT touch the righteousness Jesus has given you.  You are completely clean for your entire life until you meet Jesus face to face!

–
The Key Of David

But that’s not all He’s doing.  In these last says, God is pouring out His spirit on all flesh.  Besides restoring the real Gospel, we are in the days of the Key of David and the Tabernacle of David.

–
Isaiah 22:20-22
“In that day I will summon my servant, Eliakim son of Hilkiah. I will clothe him with your robe and fasten your sash around him and hand your authority over to him. He will be a father to those who live in Jerusalem and to the people of Judah. I will place on his shoulder the key to the house of David; what he opens no one can shut, and what he shuts no one can open. I will drive him like a peg into a firm place; he will become a seat of honor for the house of his father. All the glory of his family will hang on him: its offspring and offshoots—all its lesser vessels, from the bowls to all the jars.”
–
Before Eliakim, the son of Hilkiah, was put in a place of authority, there was a very prideful man who served as comptroller, or treasurer, when Hezekiah was king.  His name was “Shebna,” which means “tender youth.”  Because of his pride, he misused his authority and was replaced by Hilkiah, son of Eliakim.  His name means, “Portion Of The Lord,” son of Eliakim, which means, “Whom God Sets Up!
–
That paints a picture, doesn’t it?  It’s a picture of the Law being replaced by grace!
–

–
Prophetic Significance.
Any time you see the phrase, “In that day,”  it is referring to the end times.  How do we know that?  The very first time this phrase is mentioned is in Isaiah 2:11.  The Holy Spirit is discussing events that will occur in the end times, just prior to Jesus’ return.
–
Remember the “Law of first mention?  It is the principle in the interpretation of Scripture which states that the first mention or occurrence of a subject in Scripture establishes an unchangeable pattern, with that subject remaining unchanged in the mind of God throughout Scripture.
–
Notice the “KEY” opens doors no one can shut and closes doors no one can open.  And Who is the “key?”  Jesus, the greater David!
–
In these last days, He is doing exactly that for His people!
–

(Tabernacle of David.)
–
The Tabernacle Of David.
2 Samuel 6:17-19
They brought the ark of the Lord and set it in its place inside the tent that David had pitched for it, and David sacrificed burnt offerings and fellowship offerings before the Lord. After he had finished sacrificing the burnt offerings and fellowship offerings, he blessed the people in the name of the Lord Almighty. Then he gave a loaf of bread, a cake of dates and a cake of raisins to each person in the whole crowd of Israelites, both men and women. And all the people went to their homes.”
–
Betcha didn’t know David had a Tabernacle. Well, he did! Unlike the Tabernacle of Moses, in the Tabernacle of David, there is no veil separating  us from Jesus, Who is THE ARK of the covenant.
–
In this world, WE ARE JUST LIKE HIM!  You and I have full, free, and unrestricted access to our Father because of Jesus!  He brokered a deal, a New Covenant, signed and sealed by His precious blood.
–
Under the Old, there was God’s part and there was our part.  But we aren’t able to hold up our end of the bargain.  What is our part under the New?
–
The New Covenant:  Our Part, God’s Part.
The ONLY thing for us to “do,” if you can call it that, is BELIEVE HIM.  BELIEVE the New Covenant as recorded in Hebrews 8.  I have divided it into three parts for clarity.  God first declared it in Jeremiah 31:31-34.
– 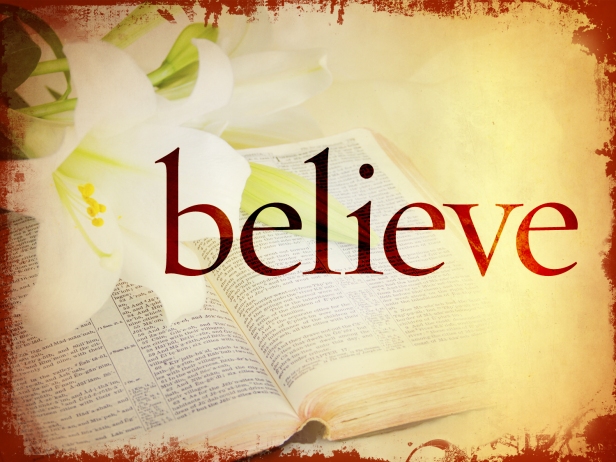 –
Hebrews 8:10-12
“10 For this is the covenant that I will make with the house of Israel after those days, says the Lord:
Part 1. I WILL– put My laws in their mind and write them on their hearts.

Nothing for you to DO here. GOD WILL PUT HIS LAWS IN YOUR MIND; GOD WILL write them ON YOUR HEART.  Your part?  BELIEVE.

Part 2. (and) I WILL- be their God, and they shall be My people. 11 None of them shall teach his neighbor, and none his brother, saying, ‘Know the Lord,’ for ALL SHALL KNOW ME, from the least of them to the greatest of them.

Again, nothing to “DO” here; GOD WILL be your God when you BELIEVE……and the clause that makes it all work:

Part 3. 12 FOR —>I WILL be merciful to their
a) unrighteousness, and their b) sins and their
c) lawless deeds—>I will remember no more.”

Nothing to “DO” here either. GOD WILL put His laws IN our hearts; GOD WILL be merciful; GOD WILL not remember your sins.
Your part?  BELIEVE.

Are you sensing a pattern here?

This group of end-time Pastors being raised up by God will feed His sheep and remind them of their righteousness in Christ.  They are taking the Church by storm!  Instead of scolding the sheep for not trying harder to please God and live holy lives (which, by the way, not only doesn’t work: IT BACKFIRES), they will unveil Jesus, revealing Him in His beauty and glory, for it is Him Who alone transforms!

One thought on “YHVH Tsidkenu.”