“…..A certain man had two sons. 12 And the younger of them said to his father, ‘Father, give me the portion of goods that falls to me.’ So he divided to them his livelihood. 13 And not many days after, the younger son gathered all together, journeyed to a far country, and there wasted his possessions with prodigal living.14 But when he had spent all, there arose a severe famine in that land, and he began to be in want. 15 Then he went and joined himself to a citizen of that country, and he sent him into his fields to feed swine. 16 And he would gladly have filled his stomach with the pods that the swine ate, and no one gave him anything.
–

(The Prodigal Son Returns.)
–
In this story of the Prodigal Son and his older brother we find the final piece of the puzzle in our story of Ephraim and the House of Judah.  What can these two boys tell us about God’s two covenant people in the world today?  Let’s take a fresh look at a very familiar tale.
–
The Younger Son.
You remember that the younger son wanted to claim his inheritance early.  But to do so before the death of one’s father was a huge insult.  You were, in effect, saying, “I can’t wait until you die, old man.  I want my cut now.”  As if that weren’t bad enough, the ungrateful kid ran off to a foreign land and squandered the whole thing. 😲
–
He lived high on the hog for quite a while, forgetting all about his father’s house……until finally, his money ran out, along with all his so-called “Friends.”  After spending himself into bankruptcy, immediately a sever famine broke out in that same country.  He got to the point where he was so desperate, he accepted the lowest, most degrading job a Jewish boy could ever have:  Feeding pigs.  Eventually, he was so hungry, even the pig’s food started to look good to him.
–
It was at this point of desperation that he remembered his father’s house and how everyone there, even the lowliest servant, had plenty to eat.  So he concocted a story to tell his father.
–
The Elder Brother.
His older brother, on the other hand, had remained at home.  We see nothing mentioned about him at all until the Prodigal returned home.  Let’s follow the story…
–

(Even the pig’s food began to look good.
–
Luke 15:17-19
“But when he (The Prodigal) came to himself, he said, ‘How many of my father’s hired servants have bread enough and to spare, and I perish with hunger!  I will arise and go to my father, and will say to him, “Father, I have sinned against heaven and before you, and I am no longer worthy to be called your son. Make me like one of your hired servants.’”
–

The Prodigal son fully intended to beg his father to take him back and allow him to EARN HIS KEEP.   He reasoned that even hired servants, who worked for their food, had plenty to eat.  Notice he didn’t come back home because he was sorry for what he had sone nor was he the least bit remorseful for returning home penniless.  He came home because his stomach was growling! 🤨

Look what happened when he got in range of home:

“And he arose and came to his father. But when he was still a great way off, his father saw him and had compassion, and ran and fell on his neck and kissed him. And the son said to him, ‘Father, I have sinned against heaven and in your sight, and am no longer worthy to be called your son…..”

Notice anything missing?  The boy never said the last part of his rehearsed speech which was:  “Make me one of your hired servants.   How could he in light of such love and overwhelming grace?

The father lavished on his son every blessing just for the fact of the young man being his son.  WOW!!!  Look what the father does next:

–
“…..But the father said to his servants, ‘Bring out the best robe and put it on him, and put a ring on his hand and sandals on his feet. And bring the fatted calf here and kill it, and let us eat and be merry; for this my son was dead and is alive again; he was lost and is found.’ And they began to be merry.”
Luke 15:20-24
–
This fatted calf was killed in front of the boy, offered just as a peace offering would be, and it was consumed by all the party guests.  This is a picture of another Son, Jesus, Who died our death in our place and gave us what we don’t deserve, just as the Prodigal got what he also did not deserve.
–
(For a complete discussion on the Peace Offering, you may follow the link below:
https://emmausroadministries.international/2017/01/21/the-five-offerings-of-leviticus-part-7-of-10-the-peace-offering/)
– 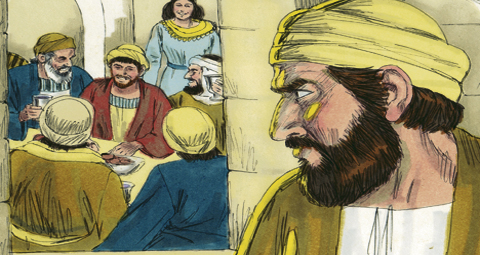 (The Prodigal’s older brother was angry and jealous.)
–
No Love For The Father.
The older brother had stayed home and been out working in the fields.  When he heard all the commotion and partying over his brother who had returned home, he was not happy.
–
How very cold!  He should have been happy that his brother had returned and was safe at home again.  But he wasn’t; He was angry and jealous.  He didn’t even refer to him as brother but called him, “This son of yours.”
–
He also some choice words for his father which make it clear that, though he was faithfully working away for his father in his fields, there was no love or warmth in his relationship with his Dad.
–
The father, however, was not angry nor did he rebuke the elder son.  He simply said, “Son, you are always with me, and all that I have is yours. It was right that we should make merry and be glad, for your brother was dead and is alive again, and was lost and is found.’ ””
(Luke 15:31-32)
–

–
Typologies.
The older son represents Israel.  The Jewish people are our elder brother, since they have been around a lot longer than us, Church. The Prodigal, however, who wasted his inheritance, represents much of the Church in this way:
–
Down through history, many churches have squandered their precious inheritance of healing, wholeness and provision by rejecting clear, Biblical teachings that Jesus heals us physically.  They’ve discounted tongues, in particular, and other gifts of the Spirit saying they are not for the Church today.
–
There are also many who don’t believe there’ll be a rapture.  Some even hold the belief that all prophecy was fulfilled in 70A.D.  Sadly, many Churches have reduced all of God’s blessings to only “spiritual” ones when there are also physical blessings.
–
No Such Thing As Replacement Theology.
Then there’s the faux “doctrine” of “replacement theology.”  Many teach that God has rejected Israel and that the Church has replaced her.
These are godly, well-meaning Christians.  They have forgotten that it was through the Jewish people that The One was born Who saved us all; that it is a Jewish tree into which we have been grafted.
Remember, as non-Jewish Christians, we are “adopted” sons of God.
–
(Please refer to the link below on Rightly Dividing the Word of God, part 13 for more on this topic:
https://emmausroadministries.international/2016/05/07/pauls-ministry-amongthe-gentiles-part-13-of-16-rightly-dividing-the-word-of-god/)
–
Ephraim and Manasseh.
Ephraim, as you know, means “Double fruitfulness.”  (See part one of this series.)  The Church, the Ephraims, have been doubly fruitful for God for the last 2,000 years. But Manasseh, which means “Forgetfulness,” represents that part of the Church that has forgotten Israel.
– 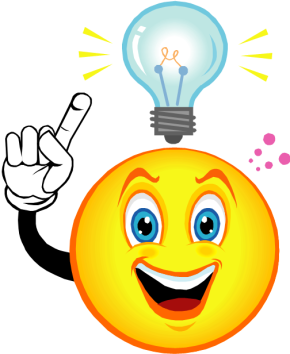 But thanks be to God, however, that more and more are realizing the truth about Israel.  Since 1948, our God has turned back to His ancient people and made them a nation once again.  He is drawing them to Himself and will ultimately restore to them the visible kingdom.  To understand the difference between the kingdom visible and the kingdom invisible, you may follow the link below:

Ephraim Joined To The House Of Judah.
As we saw in part 8, God made the following amazing statement about these two peoples:
“Again the word of the LORD came to me, saying, “As for you, son of man, take a stick for yourself and write on it: ‘For Judah and for the children of Israel, his companions.’
Then take another stick and write on it, ‘For Joseph, the stick of Ephraim, and for all the house of Israel, his companions.’
– 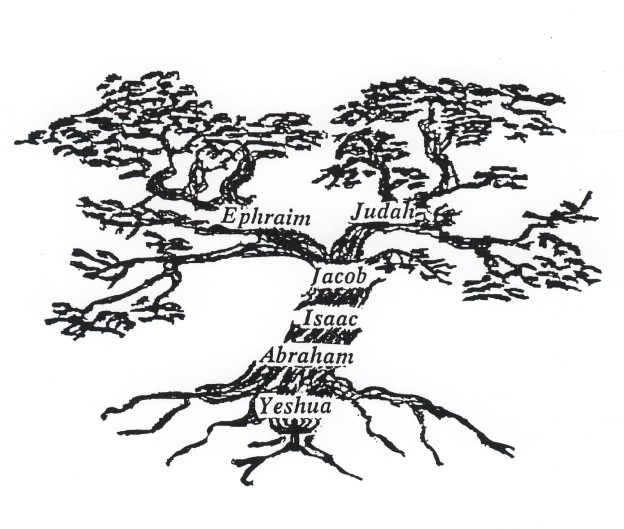 (God’s two covenant peoples on earth.)
–
In part 8 we talked about the family stick. Here is how it figures in to our story:
God has two Covenant families in the earth:  Israel and the Church.  We also discussed that, in ancient times, the head of the family carried a stick on which was written all the names of the patriarchs and notable members of their families.  God, referring to this custom, told Ezekiel to take two sticks:  One for Judah and one for Joseph, each inscribed accordingly.
Why Joseph?  Because he is a type of our Heavenly Joseph, Jesus!
–
Two Become One.
Then He told Ezekiel to “join them one to another for yourself into one stick, and they will become one in your hand.”  And when the children of your people speak to you, saying, ‘Will you not show us what you mean by these?’— say to them, ‘Thus says the Lord GOD:
“Surely I will take the stick of Joseph, which is in the hand of Ephraim, and the tribes of Israel, his companions; and I will join them with it, with the stick of Judah, and make them one stick, and they will be one in My hand.” ’
And the sticks on which you write will be in your hand before their eyes. “Then say to them, ‘Thus says the Lord GOD: “Surely I will take the children of Israel from among the nations, wherever they have gone, and will gather them from every side and bring them into their own land; and I will make them one nation in the land, on the mountains of Israel; and one king shall be king over them all; they shall no longer be two nations, nor shall they ever be divided into two kingdoms again.”
(Ezekiel 37:15-22)
–

(Jesus returns to earth to rescue Israel with the Church in tow.)

When Jesus returns to earth in His Second coming with the Church in tow, having been raptured before the tribulation, we will be right by His side. He will rescue Israel from all her enemies and they will all be saved in that one, great day, delivered from all their troubles.  We will be joined together with our brethren into one Covenant people, the Church and the newly-saved nation of Israel, never to be divided again!

–
Jesus will finally sit on the throne of His father, David, and rule the whole world from Jerusalem in righteousness and peace.  His millennial rule will bring peace, prosperity, justice, and righteousness to all peoples.  No more death, no more sickness, no more tears!  Hallelujah, what a day it will be.
–
Thank you, Daddy, for Your plan to save the whole world!  Thank you for restoring Israel and saving our older brothers!  Thank you for bringing Israel to the Church’s remembrance.  And most of all, thank you for that day soon to come where You will fully unite us with our elder brother:  Ephraim with the House of Judah!