The Backdrop.
Judges 21:24-25 “And the children of Israel departed thence at that time, every man to his tribe and to his family, and they went out from thence every man to his inheritance. In those days there was no king in Israel: every man did that which was right in his own eyes.”
–

–
In the order of God’s book, Ruth is placed right after the Book of Judges because her story took place during the time the judges ruled.  These last two verses of the opening scripture from the last chapter of Judges paint a bleak picture of  what a very dark and dangerous a time it was where they tell us, “In those days there was no king in Israel: every man did that which was right in his own eyes.” 😲

Well, that’s awful! If someone felt like killing you so he could rob you and take away your property, he’d just go ahead and do it.

Come to think of it, kinda sound like our times, doesn’t it?  That’s the “Timeline” part of our story.  It reflects what will and, in some cases, what is already happening in these last days:  Lawlessness on every hand, rioting, looting, destruction of property, everyone doing what they think is right, even if it hurts or kills others; all manner of evil doing. 😓

People also seem to have itching ears.  They hear what they want to hear and refuse to to hear sound counsel. Or, if someone doesn’t like how a particular judge ruled, they just go and find another one who’ll be sympathetic to their cause and rule the way they want him to, even if it’s wrong! 😠
–

–
Presiding Officers.
As you read above, there were no kings ruling over Israel during this period. God appointed judges, like Samson, Gideon, Jephthah, Otniel, and many others, to rule over them. There was even a lady judge named, “Deborah.”  These people were not sovereign like kings, you understand; more like official presiding officers. The people, however, pretty much seemed to ignore them. 😳
–

Destructive Pattern.
Israel, at that time in their history, was following a very destructive pattern that they repeated over and over.  They would go along alright for a while, following the True God.  Then, they would turn away from Him and worship idols.

As a result of their idolatry, they would cease offering right sacrifices to God, their sins could no longer be covered and, per Deuteronomy 28, they would be subjugated by their enemies.

After a few years, when they could endure their bondage no longer, they would repent…..AGAIN…..and cry out to God…..AGAIN……He would have pity on them…..AGAIN…..and send a deliverer in the form of another judge…..AGAIN!

As you can plainly see, God was very, VERY patient with them. Sadly though, the people never learned their lesson. 😓

In the midst of this dark scenario, God planted the beautiful love story of Ruth and Boaz that we are studying.
–
Famine In The Land.
Ruth 1:1 “Now it came to pass in the days when the judges ruled, that there was a famine in the land.  And a certain man of Bethlehemjudah went to sojourn in the country of Moab, he, and his wife, and his two sons.”
–
As you saw, there was lawlessness on every hand so, of course, there was famine. Why do I say, “Of course?” Because the land would rebel against all the murders and  lawless deeds, refusing to yield its strength to them, just as it did for Cain.

You may be thinking, “What do you mean, ‘The land rebelled?” Let’s briefly visit the story below to explain:
–
Cain Cursed From The Ground.
God said to Cain: “You are cursed from the ground.”

Notice God DID NOT say that He cursed Cain. He actually said the ground cursed him.  The passage below bears this out.

–
Genesis 4:10-12, “And He (God) said, “What have you done?  The voice of your brother’s blood cries out to Me from the ground. So now you are cursed from the earth, which has opened its mouth to receive your brother’s blood from your hand. When you till the ground, IT shall no longer yield ITS strength to you.”
–
In other words, the earth cursed Cain, not God. 😲

God is showing us that the earth, the land, is an entity: “When you till the ground, it shall no longer yield ITS strength to you,” He said
–

You can also see that God says blood has a voice.  In our day and age, we have proven this to be true.  Not only does your blood “Speak” volumes about you, but DNA can identify one person from another, like a fingerprint.

–
God Does Not Send Famine.
You must understand that God does not send famine, but He does allow it. If you look at the Hebrew, you’ll see it is a permissive tense, not a causative one.

Yet in the midst of famine, God’s people prosper even if the wicked do not. You can see this in the life of Abraham, Isaac, Joseph, and in our story of Boaz. In the midst of this 10-year famine, he remained a man of GREAT WEALTH.
–

–
Dispensational Application.
Some have speculated that Ruth represents Israel. This cannot be, since she was a Gentile. She is, however, a picture of the Church, which is primarily compromised of non-Jews, as you know.  Naomi, as a Jewess, is a representation of Israel.

When she, her husband, and her two sons left the land of Promise, they went to live in a Gentile land, the land of the enemy: Moab. In that foreign land, her husband and both her sons died.  She returned to Bethlehem sad, poor, lonely, and brokenhearted. All she had was Ruth, but as it turns out, Ruth was all she needed!
–
Orpha, who left her mother-in-law, depicts those who have rejected God, and therefore Jesus, and those who do not worship the true God.  Sadly, she returned to her people AND TO HER gods.
– 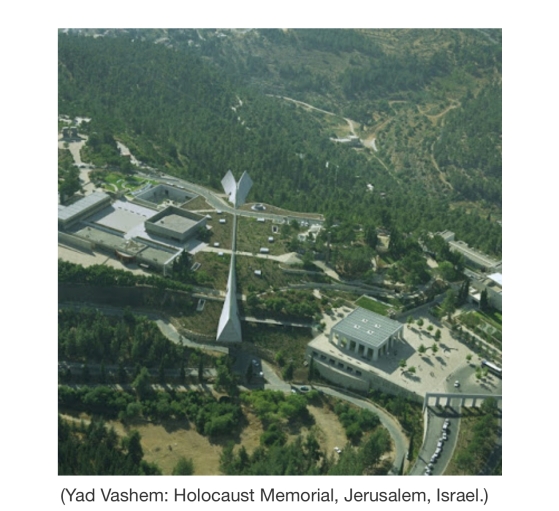 –
Two Centuries Of Troubles.
Like Naomi, whenever the Jewish people leave their land, they are like a fish out of water:  They experienced rejection, persecution, hardship, and death. For 2,000 years, this anti Semitism was their lot at the hands of every country into which they wandered. The Holocaust, of course, was the most heinous of the injustices they suffered, the blackest of chapters in human history. 😭
–
Just as Naomi returned to her land so, too, did the Jewish people. They became a nation once again in 1948. Having just been through the Holocaust, like her they were sad, lonely, poor, and brokenhearted. The only thing they had left was a glimmer of hope. But the Ruths of the world, i.e. “The Church,” particularly in America, were of great help to the newborn nation.  Christians actually came to their aid in some of the most miraculous ways in their early struggles to regain their land.
–
(For more on that exciting story, you may. follow the link below:

–
You may follow the link below to Part 3 continue this series.  We’ll be talking about the land of the enemy: Moab.

One thought on “The Story Of Ruth Part 2 of 11: The Time Of The Judges”