{Mordecai to Esther} “14 For if you remain completely silent at this time, relief and deliverance will arise for the Jews from another place, but you and your father’s house will perish. Yet who knows whether you have come to the kingdom for such a time as this?”
– 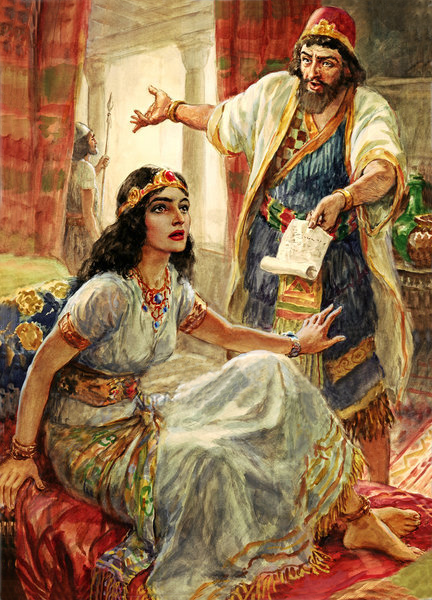 –
In part 5 of our study of Esther, we will see how courageous the Queen was and how she saved her people from total annihilation by their enemies.
–

Fateful Date.
Purim occurs in the month of Adar, which is the last month of the year on the Hebrew calendar. More precisely, it falls on the 13th day of that fateful month.  You saw in part 1 that the Jewish people celebrate this happy holiday by dressing up in costumes, kinda like our Halloween commemorating the heroes and villains of this timeless tale.

All numbers in the Bible have meaning. Not one of them in the Bible is arbitrary or put there just to make the book thicker.  This is NOT numerology, which is a pagan system of superstition.

13 is the number of “Rebellion.” Jewish Rabbis call this well-known phenomenon of the meaning of numbers, “Gematria,” or Bible numerics.  If you’d like to know more about number including the number 13, you may follow the link below for more on that topic:

–
No Mention Of God’s Name.
Did you know that God’s Name does not appear anywhere in the entire book of Esther?  Nope.  It is not mentioned once.  Extraordinary!  So how in the world did this book come to be included in scripture at all?  The facts below make for some compelling reasons.
–

–
Part of our answer lies in the meaning of Esther’s name.  Esther, as most know, was not her given name.  They called her, “Hadassah,” which means, “Myrtle tree,” in Hebrew.  Esther is actually a Persian name which means “Star.”  Both of these names speak volumes.
–
Above is a picture of the flower of the Myrtle tree.  It is a very beautiful, very fragrant, white, five-petaled flower. It typifies not only Jesus’ righteousness, but ours as well. It also depicts believers in general, and five is the number of grace!

This beautiful, fragrant tree was a blessing tree, used in both the tabernacle and temple, as well as during the Feast of Tabernacles.  Most “Sukkah,” or temporary shelter erected during this feast, include branches from the Myrtle tree. Esther was most definitely a great BLESSING to her people!

–
God Hid His Face.
Though Esther in the Persian language means, “Star,” something very bright and highly visible, which comes out AT NIGHT, when it’s very dark.  In Hebrew it also has a very revealing meaning: “I hide my face.”

You see, God had warned His people over and over again that if they turned away from Him to follow other gods, He would “Hide His face” from them and send them into exile.  Sadly, they turned away from Him time and time again, rejecting prophet after prophet.  No matter who was put in charge, whether king or prophet, they rebelled again and again.

At last, God had no choice. His people reached the end of their rope. God made good on His promise, sending them away from the city of peace— Jerusalem means “City of peace,”—into the city of confusion:  Babylon means “Confusion.”
–

Deuteronomy 31:16-18
“16 And the LORD said to Moses: “Behold, you will rest with your fathers; and this people will rise and play the harlot with the gods of the foreigners of the land, where they go to be among them and they will forsake Me and break My covenant which I have made with them. 17 Then My anger shall be aroused against them in that day, and I will forsake them, and I WILL HIDE MY FACE  from them, and they shall be devoured. And many evils and troubles shall befall them, so that they will say in that day, ‘Have not these evils come upon us because our God is not among us?’ 18 And I will surely HIDE MY FACE in that day because of all the evil which they have done, in that they have turned to other gods.”
–
Is it merely “coincidental,” that THE ONLY book of the entire Bible which “happens” to mean, “I hide my face,” also does not contain any mention of the name of God?  He is hiding His face!  Check it out; 167 verses; ZERO MENTION OF GOD!
–

However…..though it does not appear on the surface, you can see Him everywhere, working behind the scenes.  He is either controlling events and circumstances directly or turning backward evil circumstances intended to harm His people.
–

The name of God, “YHVH (יְהוָֹה),” is hidden in the Hebrew text in acrostic form throughout this book.  At every crucial turning point and every critical juncture, the Hebrew text clearly shows that, although God hid His face, He did not forsake His people!  He was still watching over and protecting them.
–
These are the letters of God’s name in Hebrew: “Yahweh–[יהוה]” yod-hei-vav-hei, reading from right to left.  They appear in four different places in acrostic form at critical junctures.  It is BACKWARDS when He is OVERRULING the devil’s evil devices; FORWARD when He is RULING DIRECTLY.

This is how Bible codes are done, a phenomenon with which the Jewish rabbis are quite familiar.  You would be amazed at what you can find in the Hebrew language of the Bible.
In this book, there are two occurrences where He is overruling; two where He is ruling directly, and one where a different Name of His stands alone.

That’s our God!! Whenever the devil comes to accuse, our God says, “Overruled! Out of order! Case dismissed!”
–

Bible codes, secrets in the Hebrew letters, and messages in acrostic form may be new to us, but they were originally discovered by Jewish rabbis long before Jesus came to earth.

The Name of God.

The Unpronoucable, unspeakable tetragram of the Name of God, “YaHVeH,” is a perfect example of this type of hidden message.  I have added the same vowels many others do to make it pronounceable.  You see, you and I are not under any slavish fear about speaking His Name.

These things are there for us to find and be blessed by their discovery.  It is the glory of God to hide a matter, but the glory of kings to search it out.  You and I are kings and priests so let’s go searching!
–
(For more on the topic of the Name of God, please follow the link below:
https://emmausroadministries.wordpress.com/2016/02/28/the-name-of-god-yahweh-יהוה/)
–

Hebrew Acrostics.
Webster’s dictionary defines an acrostic as:
1. a composition, usually in verse, in which sets of letters (as the initial or final letters of the lines) taken in order form a word or phrase or a regular sequence of letters of the alphabet
2 : an ACRONYM —
–
The first time His Name appears is in Esther 1:20.  It is backwards.
–

Hebrew reads from right to left, so if you were reading it backwards, you would read left to right.  The letters that spell His Name–“YaHVeH,” The Covenant-Keeping One,”–are in parentheses.  It is backwards here because He is overruling, turning back Vashti from being queen so He can position His choice for Queen: Esther.
– 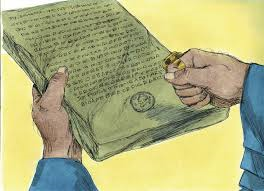 –
Secrets In The Hebrew Letters.
Esther 1:20
20 When the king’s decree which he will make is proclaimed throughout all his empire (for it is great), ALL WIVES WILL HONOR THEIR HUSBANDS, both great and small.”

Esther, no doubt, thought this was her decision, but it was actually God giving her wisdom to decide to invite the King and the evil Haman to a banquet of wine.  He was initiating directly, behind the scenes, orchestrating events to benefit His people.
–
Typologies.
Wine, in the Bible, is representative of the Blood of Jesus.  The King in our story depicts God.  Though not perfect or “a god” by any means, he is used by the Holy Spirit in this story for the purpose of teaching us things about God.
–

–
Esther 5:13
“All this avails me nothing”
‎[(זֶ֕(ה)  אֵינֶ֥נּ(וּ)  שֹׁוֶ֖(ה)  לִ֑(י]<—–(read right to left)
–
God’s Name appears BACKWARDS in Hebrew in this phrase.  God is turning back the evil designs of the devil, portrayed in the person of our villain, Haman.  It was Haman’s bitterness against the Jews that God turned back on him.  He saw Mordecai the Jew “sitting” at the King’s gate.  He refused to bow before Haman because, being a Jew, he will only bow before God.
–
Well, the devil hates to see you and I sitting, resting in the finished work.  He wants us to get up, use our arm of flesh, and our own intellect and do something.  But we don’t need to worry or fret.  We have God to rely on for our wisdom and direction.  We move at His word.
–

Descendant Of King Agag.
Haman, interestingly enough, was a direct descendant of King Agag.  Remember him?  He was the one King Saul spared in 1 Samuel 15, against God’s law.

He was an Amalekite, a people cursed by God. But wWhen the prophet, “Samuel,” found out about what king Saul did, he took a sword and hacked him up in front of the king!

The Amalekits had, in fact still have, an ancient hatred for the Jews.  IT AVAILS THEM NOTHING.
–

The Jig Is Up.

And finally, in Esther 7:7, Haman comes to realize that his goose is cooked!
“Evil was determined against him”
‎[(כִּֽ(י)־  כָלְתָ֥(ה)  אֵלָ֛י(ו)  הָרָעָ֖(ה] <——-Read right to left.
God’s Name appears FORWARD in this phrase as He turns the evil that the devil was planning for his people and used it to destroy him instead.  Haman is ultimately hanged on his own 50′ gallows!  How’s that for poetic justice?

This is picture of the devil who was totally defeated at the cross!  HALLELUJAH!
–
The number “50,” in Bible numerics, is the letter, “nun-[נ].  All Hebrew letters are a picture of something.  “Nun,” is a picture of a fish, a depiction of believers.  Because of the cross, we you and I have full authority over the devil!
–

(Moses at the burning bush.)

–
Final Acrostic.
The last time God’s Name appears it is not Yahweh; it is “I AM;” the same “I Am” as at the burning bush.  Moses asked God what His Name was and He said, “I AM THAT I AM,” as you see below.
–
Here is the phrase from Exodus 3:14.
‎[אֶֽהְיֶ֖ה אֲשֶׁ֣ר אֶֽהְיֶ֑ה]<—–(read right to left)
I am who I am:  ‘Eh’yeh  asher ‘eh’yeh
–
The King, upon hearing Esther’s words, was enraged.  He demanded to know who would presume to harm his Queen or her people.  He said the following words:
“Who is he and where is he?” in Esther 7:5:

(Esther accuses Haman to the King.)

–
Evil Day.
When your “evil day”–(not “evil days,”- plural – please note) comes and it seems like God is hiding His face, HE ISN’T!  Know and believe that God has provided everything you need to stand.

Even if you feel as if He is far away, know and believe that He is working on your behalf to turn that evil “day”–SINGULAR–into “GOOD DAYS!!!”-plural!
–

Ephesians 6:13
“13 Therefore take up the whole armor of God, that you may be able to withstand IN THE EVIL DAY (singular) and having done all, to STAND.”
– 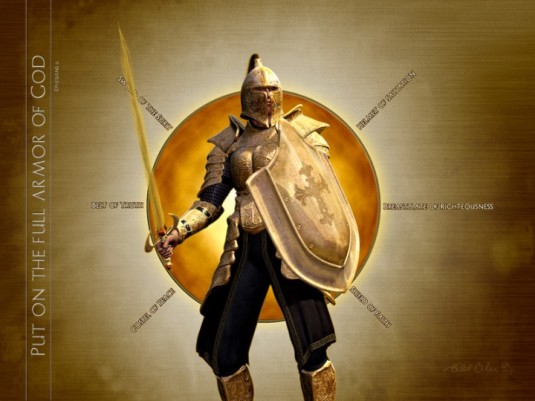 That’s God’s love letter to us, Church, in the book of Esther!  Please follow the link below to the 6th and final part of this series.  We’ll study how Israel turned back her evil day, completely destroyed her enemies, and gained back even more than before!

One thought on “Esther Series Part 5: The 13th Of Adar”