“For God SO LOVED the world that He gave His only begotten Son, that whosoever believeth in Him should not perish, but have everlasting life.  God sent not His Son into the world to condemn the world, but that the world though Him might be saved.”

God SO LOVED the world: THE WHOLE WORLD.  He still does, in fact.  While we were yet sinners, Christ died for us.  That little word, “So,” speaks of a depth and intensity at which we cannot even begin guess. It is limitless!

The door to salvation that Jesus opened up 2,000 years ago is as wide open today to “whosoever will” as it was the instant he cried, “Finished!”  It is wide open and will remain so until Jesus calls for us to come home before the Great Tribulation begins.

Free Gift.
God’s invitation is given TO THE ENTIRE WORLD.  Invitation, of course, implies either acceptance or rejection.  You must make a choice.
Yes, He cleansed the sins of the entire world; but there is one about which He can do nothing:  Unbelief.   He cannot, nor will not, force anyone to accept His invitation.  If you refuse His free gift and choose eternal punishment, He will respect your decision, even if you will be lost forever.
–
That is why universal salvation is a false teaching.  You have the freedom to accept…..just as you have to freedom to reject His offer.  You either receive the ETERNAL benefits of your choice…..or suffer the ETERNAL consequences thereof.  No middle ground. 😓
–

–
Definition Of Reconciliation.
Our job in this world, Church, is the same as the job that Jesus came to do:  Reconcile the world to God.
–
Reconciliation:  noun; “The restoration of friendly relations; the action of making one view or belief compatible with another.”  Church, we have been given the ministry of continuing His mission:  RECONCILING THE WORLD TO HIMSELF.
–
Condemnation.
Definition:  Noun:  1. “The expression of very strong disapproval; censure.  Synonyms: censure, criticism, strictures, denunciation, vilification.

2. The action of condemning someone to a punishment; sentencing.

As believers, our job is not to judge and condemn, to point fingers at people, to tell them how bad they are, or to threaten them with hellfire and damnation.  It is to reconcile them to God and preach the Gospel to them.
–
Reconciliation also extends to fellow Christians.  In regards to each other, we also are not to judge, condemn, point fingers, tell them how bad they are, or threaten them with losing their salvation, WHICH IS NOT BIBLICAL, by the way.  That is a lie from the pit of hell.
–
(For more on that lie from the pit, you may follow the link below:
https://emmausroadministries.international/2016/06/18/the-un-pardonable-sin/)
–
This is our job according to Romans 12:15.
“Rejoice with those who rejoice, and weep with those who weep.”
–

Both Paul and John told us we must “test the spirits.”  Some may misunderstand that “Testing” means, “Condemning, punishing or sentencing unbelievers,” and even condemning other believers.  That is not accurate.
–
What does it mean to “Test the spirits?”  Some of our confusion in this area where is relates to both the saved and the unsaved may come from misunderstanding the verses below.
–
The only “Testing” we are to do is found two places in scripture:
1 Thessalonians 5:21, which says, “Test all THINGS; hold fast what is good;”
AND
1 John 4:1
“Beloved, do not believe every spirit, but TEST THE SPIRITS, whether they are of God; because many false prophets have gone out into the world.”
–

Ephesians 6:12 tells us there are “Spiritual forces of wickedness in high places that exalt themselves against the knowledge of God.”  Notice it does not say, “Knowledge of sin,” and  IT DOES NOT SAY TO TEST PEOPLE.  People are not the problem, Church, though they may be unwitting pawns.  After all, outside of Christ, SPIRITUAL DISCERNMENT IS NOT POSSIBLE BECAUSE THEY ARE SPIRITUALLY DEAD.  It is the spirits BEHIND the scenes that are the real culprits.  THOSE ARE WHAT WE TEST.

Sheep Without A Shepherd.

His scathing rebukes were reserved for the self-righteous, religious bunch; the Pharisees, Sadducees, and Scribes.”  HARDHEARTEDNESS ANGERS JESUS more than anything: not sin or sinners.

Sin is not a threat to Him.  He died for us “While we were yet sinners,” the scriptures say.  God LOVES sinful man! 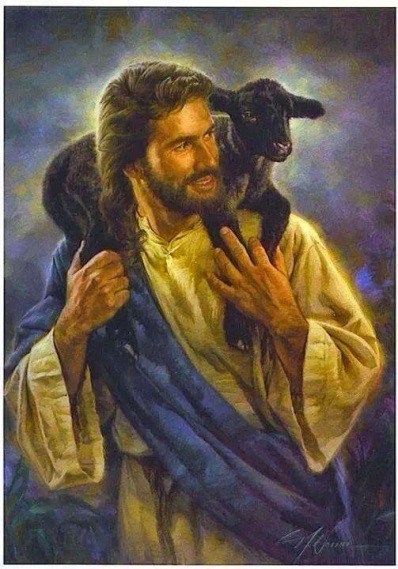 One Thing You Lack.

Jesus came to seek and save those who are lost and He did a complete work of removing ALL sin.  Even those who have not yet received His free gift have, their sins are not imputed to them.  One thing they lack, however:  Ask Jesus to be their Savior and receive the gift of righteousness because SALVATION IS NEITHER AUTOMATIC NOR UNIVERSAL…..but:  WE NEED TO TELL THEM THAT.

One Thing The Church Lacks.

Where the church has failed is in not communicating the truth that the only sin left is unbelief and unacceptance of God’s free gift.  All too often, however, the unsaved are made to feel that being a Christian means following a bunch of laws and rules in order to be pleasing to God.  That is not true.

We follow A PERSON:  JESUS!  We love a Savior Who first loved us SO MUCH that He willingly gave up His life to save ours!  We have a relationship with a very loving and very real Person.  Christianity is not about doctrines we believe.  That is religion.  It is all about a loving relationship with a Person:  Our Lord JESUS CHRIST.

Sin is not, was not, and never will be threat to God nor is it a barrier to fellowship with Him, contrary to what any modern-day Pharisee may say from the pulpit.

You and I, Church, have been reconciled to God because we have received the free gift of righteousness.  Our job is not to judge people based on their lifestyle or specific sins.  Our job is to preach the gospel to those who are lost AND RECONCILE THEM TO GOD.  PERIOD.  Full stop.  They need to hear that God isn’t angry with them; that He loves them!

Jesus loves me:  THIS IS WHAT THEY NEED TO HEAR.  We need to see the lost like Jesus sees them:  AS SHEEP WITHOUT A SHEPHERD.

3 thoughts on “Sheep Without A Shepherd.”