Hebrews 4:1-3
“4 Therefore, since a promise remains of entering His rest, LET US FEAR lest any of you seem to have come short of it. 2 For indeed the gospel was preached to us as well as to them; but the word which they heard did not profit them, not being mixed with faith in those who heard it. 3 FOR WE WHO HAVE BELIEVED DO ENTER THAT REST, as He has said:
“So I swore in My wrath,
‘They shall not enter My rest,’”
although THE WORKS WERE FINISHED FROM THE FOUNDATION OF THE WORLD.”

365 times, throughout the Bible, God tells us to fear not, “Be not afraid,” or words to that effect.  Pretty tall order right now, in light of what’s going on in the world, like the pandemic, unrest, wars, and rumors of wars.  The opening verse, however, is the only one in the entire Bible that tells us to be afraid something. 😮 What should we fear?  🤔
–
Importance Of Rest.
There is nothing more important to Our Father than rest.  It’s His greatest gift to us, His children.  Odd that He is continually telling us, “LABOR TO ENTER THE REST.”  Kind of an oxymoron, right?  What does He mean by that?
–
Jesus is concerned that we “FEAR NOT;” that we be in complete Shalom.  The only thing we need to fear is that we are not resting enough.  Why?  Because our physical bodies will thank us the more we rest in Him.  We’ll be able to live  long, healthy lives and be able to spread the gospel to many, many more people!

But God isn’t content simply to tell us these truths. He goes above and beyond, drawing beautiful pictures for us, and He uses the Hebrew language to do it! 😍

Hebrew reads from right to left and is a form of picture writing, like Chinese.  Each of the 22 letters is a picture of something, has a number, a color, and a corresponding musical note associated with it.  Interestingly, David’s harp had 22 strings.  He could literally play the music of the psalms on his instrument! 🥰

Below are the Hebrew words for heal and relax:

Resh means “Head,” like the one on top of your shoulders.  It also means “Think or meditate,” because it is in the head (we hope 😉) where thinking and meditating takes place. It can also have a positional meaning, such as in Rosh Hashana-New Year, which literally means “Head of the year.”

[פ]. Pei is a picture of the mouth: You speak with your mouth.

[ה] Hei is the 5th letter of the Hebrew alphabet and is a picture of an open window.  It means, “Grace.”  More on this in a moment.

The word pictures tell us a story and give us a glimpse from God’s perspective that you would never find in ANY definition.  “Heal,” to God means, “Think/meditate on, and speak of, Jesus’ sacrifice. That is how you “Heal.”

–
Raphah: רפה – Rest.
Raphah—rest–is the root word for Rapha–heal.  That speaks volumes, doesn’t it?  Raphah has this letter, hei [ה], at the end, [רפה] which is the far left, instead of this letter:  aleph [א]
“Hei,” as you read above, is a picture of an open window.  God says in Malachi 3 that from the windows of heaven He pours out blessings–Grace–on us!  “Hei” is the 5th letter of the Hebrew alphabet.  That’s why we say, “FIVE” is the number of GRACE! 💖
–

–
What Does Rest Mean To God?
Hei is pronounced like a prolonged breath out.  Just doing that makes you relax!  With all that in mind, what does the word, “REST [רפה]” mean to God?
–
THINK/MEDITATE ON JESUS, SPEAK OF HIS GRACE AND IT CAUSES YOU TO REST.

You see, relaxing is necessary to staying well.  Stress is a killer.  That is why God is constantly trying to get us to relax.  That’s why His favorite admonition is, “FEAR NOT.”  But we humans often find it difficult to let go and relax.  It is hard work for us, hence the verse that says “LABOR” to enter His REST.”

Mem [מ] is a picture of water flowing, symbolic of spirits in general.  Most often, it typifies the Holy Spirit, which is determined by context.  Mem appears like this, “[מ]” at the beginning or anywhere in the middle of words in Hebrew but looks like this at the end of a word:  [ם].  It is called, “Final mem,” because it is ONLY used at the end of Hebrew words, though it is still the same letter and still means the same thing.
–
The word pictures for “Marpé” tell us, “when The Holy Spirit helps us to think or meditate on and speak of Jesus’ sacrifice on the cross we experience “HEALING!”  By His stripes, we truly are physically HEALED!
–
(For a whole lot more on that topic, you may follow the link below, but I warn you:  It’s not for the faint of heart, and I’m not kidding.  While you’re at it, bring a box of tissues:
https://emmausroadministries.international/2016/03/18/by-his-stripe-we-are-healed-2/)
– 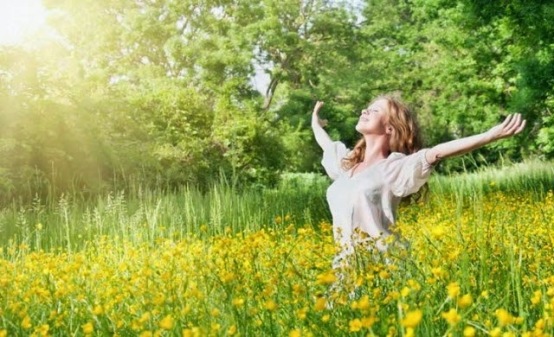 Bottom line……………
If you want to avoid the need for healing in the first place:  ״Raphah-relax.”
That’s why, according to God, Rest Brings Healing!