Mark 9:2-8
2″Now after six days Jesus took Peter, James, and John, and led them up on a high mountain apart by themselves; and He was transfigured before them. 3 His clothes became shining, exceedingly white, like snow, such as no launderer on earth can whiten them. 4 And Elijah appeared to them with Moses, and they were talking with Jesus.

5 Then Peter answered and said to Jesus, “Rabbi, it is good for us to be here; and let us make three tabernacles: one for You,one for Moses, and one for Elijah”—6 because he did not know what to say, for they were greatly afraid.
7 And a cloud came and overshadowed them; and a voice came out of the cloud, saying, “This is My beloved Son. Hear Him!” 8 Suddenly, when they had looked around,they saw no one anymore, but only Jesus with themselves.” 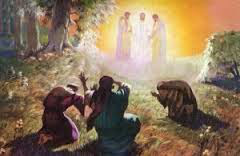 Can you imagine being up there on that mountain seeing Jesus, His glory unveiled, conversing with Moses and Elijah, the two biggest icons of all Judaism!? What an awesome sight that must have been!

Hidden Meanings.
The Holy Spirit loves to hide wisdom and truths in the meanings of names, places, people, even numbers in Hebrew.  This story is no exception!
–
You’ll notice that Jesus brought only His inner circle with Him.  He did this on several other occasions.  Peter, James and John formed this special group.  Why did He single out those three?  After all, there were eight other Disciples, not to mention 70 that also followed Him? 🤔  Their names are always listed in the same order, too.  This is no accident!
–
The meanings of these names, places and people in the Bible serve to give the reader a deeper understanding of scripture.  The numbers mentioned are a subject known to the rabbis as, “Gematria.”  This is not numerology by the way.  That is satanic.
–
(For more on the meanings of numbers in the Bible, you may follow the link below:
https://emmausroadministries.international/2016/03/20/bible-numerics/)
–

–
Peter’s name means “rock or stone.”  Any time stones are mentioned in the Bible, they are most often a typology of the Law.  The name, ״James,’ means “replace or usurp.” John’s name means “grace.”
–
The Holy Spirit is drawing pictures for us again!  It’s a message to us, one of the running undercurrents in the Bible:
“The Law has been replaced or USURPED—>by GRACE!”🙌🏻💖
–
Later on, these three men became apostles primarily to the Jewish people.  Having been under law for 1500 years, unlike the Gentiles who never were, their job would be to “Roll away The Stone:  THE LAW, from their lives.”
–
Lawful Or Lawless?
I always feel I need to qualify that statement here on the off chance that there is someone reading this who thinks we need to Ten Commandments to live holy lives.
–
NEWS FLASH: The Ten Commandments do not impart holiness.  By the Law is the KNOWLEDGE of sin, not holiness.  I would also point out 1 Corinthians 15:56 which says, “The sting of death is sin; and the strength of sin is the law.
–
Now, there is nothing wrong with the Law, mind you, but it can do nothing to help you.  It good and just and holy, but completely unbending.  It will bless you if you do right, curse you if you do wrong. 😓
–
Church, we don’t need the “Map (the Law),” in our lives; We have Law-Giver, the Map Maker living within us:  Jesus! 💖🙌🏻 The Holy Spirit leads you from within.  We are more lawful than those who try by their own efforts to obey the Law.
–
Law vs. Grace.
The Law says, “Thou shall not steal.”  Under grace, we not only don’t want to steal, we go even further and want to give to others.  Nowhere does The Law tell you to be generous.
–
The Law says, “Thou shall not commit adultery.”  Under grace, we not only don’t want to do that; we love our spouses!   Nowhere does The Law tell you to love your husband or wife.
–
Ok.  Back to our story up on the top of Mount Hermon.
–

–
The Age Of Grace.
The very impetuous Peter, who always seemed to have something to say, opened his mouth…..and promptly stuck his foot in it.  He suggested that they build three tabernacles: One for Moses, one for Elijah, and One for Jesus, as if He were on the same level as these two icons of Jewish history.  BIG MISTAKE. 😲
–
The nano-second he uttered those words, a bright cloud descended from heaven and overshadowed them.  They heard the Father’s voice say, “This is My beloved Son. Hear Him!”
–
You see, Moses and Elijah were only SERVANTS of God.  They Represented the Law and The Prophets, respectively. They had their day, but that day passed.   Grace, JESUS, had come!  The law was soon to be replaced because Jesus, The SON of God, was bringing in the age of Grace into the world, USURPING the Ten Commandments with the New Covenant, secured by His precious blood.  That is what we celebrate every time we partake of Holy Communion.  We proclaim His death that secured for us a better covenant based on better blood! 🙌🏻💖
–
(For more on the topic of the New Covenant, it’s laws, and where to find them, you may follow the link below:  https://emmausroadministries.international/2016/07/06/the-laws-of-the-new-covenant/)
–
The Father wanted them to understand they must now listen to and obey ONLY JESUS.
– 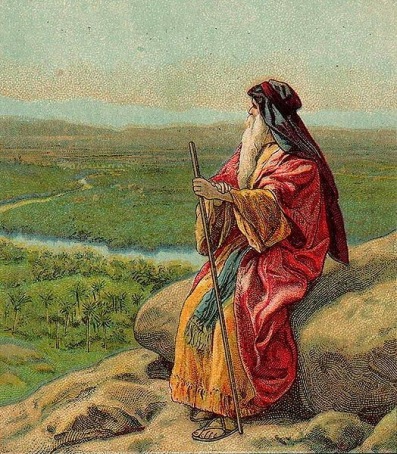 No One Can Find Moses’ Grave?

This story reveals to us a little secret. 😉 To this day, no one knows where Moses is buried.  You remember that he died before God on the top of Mt. Nebo.  He was not allowed to enter the promised land, another whole story in and of itself.  You may read all about it by following the link below:
https://emmausroadministries.international/2016/03/28/speak-to-your-rock/
–
There’s a VERY GOOD REASON why no one can locate him or his grave:
HE ISN’T IN IT.
–
WHAT??!  Yep.  It’s true.  The link above explans the whole story but it’s rather long.  Better to include the link than to include the account here.
–
Isn’t God cool?!  He has hidden these wonderful wisdom in the scriptures just for us!  There is evidence upon evidence upon evidence that we are NOT under law.  WE ARE UNDER GRACE!   We are not law-less.”  Far from it!  We are the most lawFULL of all!
–
Rapture!
There is prophetic significance here as well in Jesus’ transfiguration.  Notice He took them up on a “HIGH MOUNTAIN ON THE 6TH DAY.”  They saw Him transformed into His glorified beauty.  This is a picture of the rapture of the Church, which will happen just before He returns to earth on the 7th day!
–

–
To God, one day is as a thousand years and a thousand years as one day.  Remember what he said in the garden?  “Six days shalt thou labor and do all thy work.”  It has been six days, (the number of man), since the garden.  When the year 2,000 dawned, we crossed over into the early dawn hours of the seventh day.  Jesus will call for us very soon to meet Him in the clouds!
–
(For more on that topic, you may follow the link below:
https://emmausroadministries.international/2016/03/26/on-the-third-day-2/)
–
Aren’t you glad God gave us these beautiful pictures and portents in the story of Jesus and His Transfiguration!