“He shall cover you with His feathers,
And under His wings you shall take refuge;
His truth shall be your shield and buckler.” 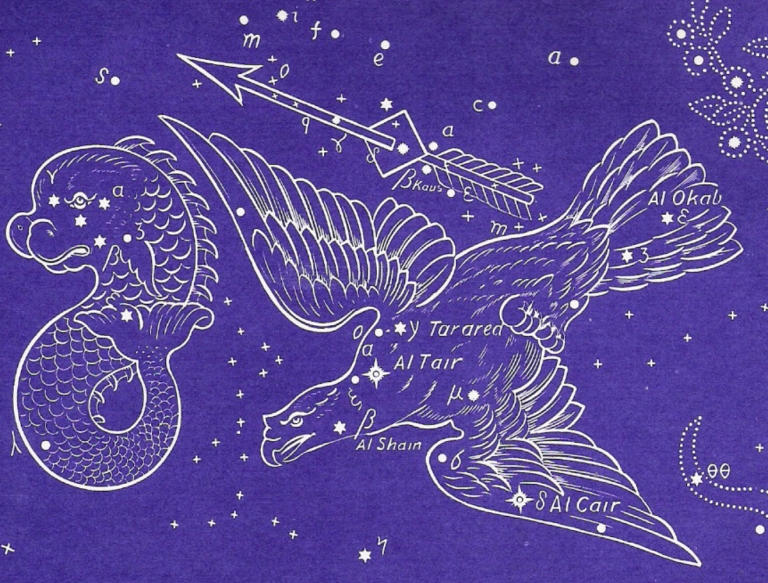 God SO LOVED the world; the WHOLE world, that He sent His beloved Son to do for us what we could not do for ourselves.  In this minor constellation of Aquila, the falling eagle, we see a graphic picture of what Jesus endured and reminds us of the verse below from Psalm 22:

16 “For dogs have surrounded me; The congregation of the wicked has enclosed Me. They pierced My hand and My feet;” 😭

The Eagle in biblical typology is a picture of Jesus, the One Who came to us directly from heaven.  It depicts His divinity as well as His protective nature toward His own, demonstrated most definitely in the 91st psalm.  He covers us with His feathers, under which we can safely hide.

This little decan has a message that is anything but little.  It tears my heart out every time I think about it.  Aquila is a mighty eagle pierced by the arrow, “Sagitta,” the decan we met in part 12.  He is fatally wounded and falling down in death, away from the center of the heavens.  Some ancient Greek planispheres depict this constellation actually being pierced by Sagitta.

This brings to mind the verse in John 12:25 that says, “Most assuredly, I say to you, unless a grain of wheat falls into the ground and dies, it remains alone; but if it dies, it produces much grain.”

Interesting that this verse is found in the Gospel which is associated with the Eagle, just as the Lion represents Matthew, Mark by the ox, and Luke by the face of a man. You may follow the link below for more on the topic of the four gospels:

In Hebrew, the name for this constellation is, “Tarared,” which means, “The Wounded.”  It is taken from the third brightest star located at the base of the left wing.

The ancient names of the stars further advance the gut-wrenching narrative of this little star sign.  Most of these names are from the Arabic language yet they echo the same timeless story.

Joshua 2:17-18  “So the men said to her: “We will be blameless of this oath of yours which you have made us swear, unless, when we come into the land, you bind this line of scarlet cord in the window through which you let us down, and unless you bring your father, your mother, your brothers, and all your father’s household to your own home.”

The fourth and fifth brightest stars, also with Arabic names, tell us even more.  “Al Cair” is located in the edge of the lower wing and means, “The Piercing.”  “Al Okab,” located in the tail means, “Wounded in the Heel.”  Amazing!

Remember the star called, “Al Deneb” from Capricorn?  Another star name in Aquila that has been passed down to us is also “Deneb.”  It means “The Lord or Judge Cometh,” though modern day astronomers do not know its exact position.  One thing is certain, however:  These stars refer to the same individual:  Our Lord Jesus! 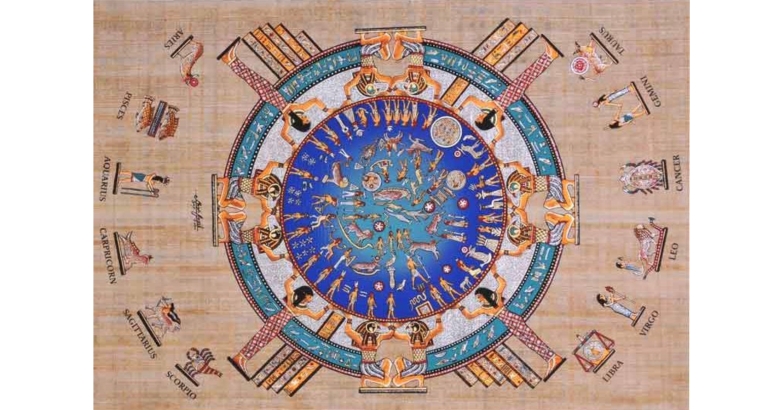 As usual, the Egyptians have a very different take on things.  They saw this constellation as, “Su-at, the Bird of the Nile Coming.”

There are many references in scripture to God as being like an Eagle, like the ones below:

“As an eagle stirs up its nest,
Hovers over its young,
Spreading out its wings, taking them up,
Carrying them on its wings,
So the Lord alone led him,
And there was no foreign god with him.”

“You have seen what I did to the Egyptians, and how I bore you on eagles’ wings and brought you to Myself.”

The Eagle is a beautiful portrayal of God as a loving, protective father; protective like the Eagle.  It has been reported that if the eagle has no food for its young, it will feed them with its own flesh.  Reminds us of Jesus allowed His own flesh to be torn in order to nourish all of us.

Who knew that in this one, minor constellation would be such detailed pictures of Jesus:  His selfless love for us and sacrifice on our behalf.  Thank you Jesus!

You may follow the link  below to part 14 where we’ll talk about another unexpected creature in this celestial tale:  The Dolphin!: