“Then the Angel of the Lord called to Abraham a second time out of heaven, and said: “By Myself I have sworn, says the Lord, because you have done this thing, and have not withheld your son, your only son— blessing I will bless you, and multiplying I will multiply your descendants as the stars of the heaven and as the sand which is on the seashore; and your descendants shall possess the gate of their enemies. In your seed all the nations of the earth shall be blessed, because you have obeyed My voice.”

The third major constellation of act 3 is Cancer, the Crab.  It is second to last of the 12 major star signs in the night sky.

What a strange and unlikely creature to help tell the this incredible story in the night sky.  What in the world could a crab represent?

Take note in the picture above that the major constellations of Cancer and Leo are facing one another.  This is the same compare and contrast technique used by the Holy Spirit throughout the written word where two seemingly different passages are juxtaposed, facing one another.  Just like the written word, there is not one “word” of this story that is arbitrary either.  The placement of these two constellations is no accident.

Why did God choose a crab?  Because a crab can live quite comfortably in two different environments:  On land and in the sea.  First and foremost, this is a picture of our Lord Jesus, the man from heaven Who came to earth and lived among us.

In the same way, we as believers are just like Him.  Because we have been born into His family,  we too are fit for two different environments:  Heaven and earth!

Another reason for choosing a crab is the fact that they have many legs, a picture of the Church comprised of people from every nation, every tribe, and every tongue on earth. 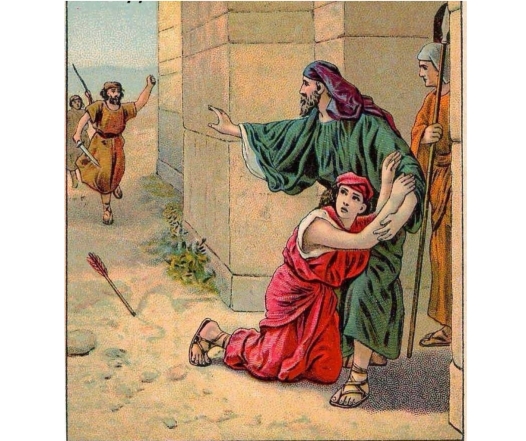 A crab has six legs plus two  strong front claws.  Six, in Bible numerics, is the number of man.  It is reminiscent of the six cities of refuge, each of which is a different picture of the types of Churches in the world today for the soul who seeks refuge.  If you’d like to read more on the topic of the Cities of Refuge, you may follow the link below:

The crab’s two strong front claws are used for grasping and holding tightly onto things.  This reflect what Paul admonished the Church in 1 Thessalonians 5:21; “Test all things; hold fast what is good;” and especially 1 Timothy 6:12 which says, “Fight the good fight of faith, lay hold on eternal life, to which you were also called and have confessed the good confession in the presence of many witnesses.”

So you see, the crab is a picture of multitudes of the redeemed “Laying hold of eternal life.” 🙌🏻💖

One word of caution:  In years past, passages like those above have been misunderstood and misused to lead a believer to thing that he or she could lose their salvation.  THIS IS NOT TRUE.  It is NOT your “laying hold,” or “your good grip” that ensures you stay saved once you have come to Jesus.

Having been made spiritually alive by Him, you cannot die because in you now resides the life of God Himself.  That’s the message of John 10:27-30.  These verses are there to help guide your WALK through the desert of this life down here so that it may be “MORE ABUNDANT.”  Not following God’s good advice will lead only to not enjoying the physical life and blessings while we are here on earth.

God Preached The Gospel To Abraham.

After coming this far in our story of Jesus in the night sky, can’t you just picture how He preached to Gospel to Abraham, as Paul says in Galatians 3:8?

“And the Scripture, foreseeing that God would justify the Gentiles by faith, preached the gospel to Abraham *beforehand, saying, “In you all the nations shall be blessed.”

He preached it to him by taking Abraham outside, showing him the Gospel story written in the night sky, and Abraham believed it.  It is the very same Gospel that you and I believe, only he looked forward to the cross; we look back to it, and he didn’t know the Name of the coming Champion.  Amazing!

*The underlined word above translated “Beforehand,” from the Greek word, “Proeuaggelizomai,” (pronounced “pro-yoo-ang-ghel-id’-zom-ahee”)” carries the additional meaning of “Above,” not merely prior to or earlier than.

The Egyptians, no surprise, had a unique perspective.  They saw in this sign quite a different creature than a crab, yet there are similarities.  They saw Cancer as a Scarab, a creature that was sacred to them. 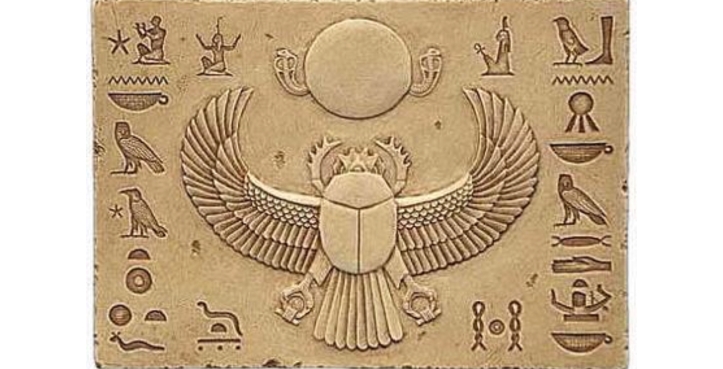 The Scarab beetle, like crabs that shed their shells and regrow larger ones, goes through several dramatic changes during its lifetime.  It begins life like most beetles. It lives in the dirt, feeding on filth and decaying material.  At an appointed time, it begins to transform into another creature entirely, much like a butterfly morphs.  It develops a chrysalis which holds it in a kind of suspended animation, then bursts forth as a winged creature that soars in the heavens!  It’s a picture of resurrection!

The ancient Hebrews knew this constellation as, “Sartan: The One Who Holds or Binds.”  The Syrians called it, “Sartano,” while the Arabs called it, “Al Sartan,” both of which mean the same as the Hebrew name.

In the Egyptian Language it was know as, “Klaria:  The Cattle Folds.”  This name is similar to the name given to Cancer by the Greeks: “Karkinos,” which simply means, “The Crab, holding and encircling the Possession.”  But it is the Latin name, “Cancer,” that stuck.  It means, “Encircling.”

Sounds like our Jesus, surrounding and encircling His possession, the Church, holding and binding us together.  It brings to mind the scripture in Romans 12:4-5 which says, “For as we have many members in one body, and all members have not the same office: So we, being many, are one body in Christ, and every one members of one another.”

The brightest star, “Acubene,” is located in the shoulder of the lowest claw closest to us.  It’s an Arabic-named stars which means, “The Sheltering, or Hiding Place.”  This Star was also called, “Ma’alaph: Assembled Thousands.”  Hmmm…pretty descriptive!

The second brightest star bears the Hebrew name, “Teqmine,” located at the rear of the body of Cancer.  It means, “Holding.”  The Greek name for this same star was, “Nepa: Grasping.”  An Arabic-named star called, “Al Himarein,” whose location is unknown, means, “Kids or Lambs.”

Here are two significant stars plus a whole cluster, or nebula, of stars whose locations we do know:  “Praesepe,” (the nebula), a Hebrew name.  Though known to modern astronomers as “The Beehive” because of the great number of stars clustered together, the Hebrew meaning, “The Multitude or Offspring,” is far more descriptive.  Sounds a lot like a description of the Church!

Two other stars whose locations are designated in the picture above are, “Assellus Borealis:  The Northern She Ass,” and Assellus Australis; yep, you guessed it: “The Southern She Ass.”

Zechariah 9:9 holds the answer.  He recorded the following:

“Rejoice greatly, O daughter of Zion;
shout, O daughter of Jerusalem:
behold, thy King cometh unto thee:
he is just, and having salvation;
lowly, and riding upon an ass,
and upon a colt the foal of an ass (*donkey).”

*The Hebrew word for, “Donkey,” is “Athon.”  That is a female donkey.  Jesus, the One Who bears our burdens as a donkey is a bearer of burdens, upholds the multitudes of His Offspring! 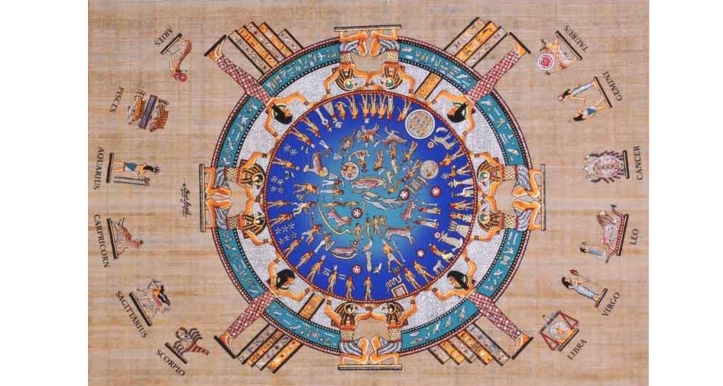 We’ve discussed some of what the Egyptians saw in this sign, in particular, their name for it:  Klaria, meaning the, “Cattle Folds.”  They also called it, “Statio Typhonis: The Stations of Him Who smites and is smitten.”  Wow!  If that isn’t Jesus, then who else could it be.  The answer is obvious.

All of this shouts to all the world, from one end of time to the other, that Jesus is the One Who smote the enemy and was smitten in the process, laying down His Own life for the sheep.

Their symbol of resurrection, the Scarab beetle, was their picture of  Cancer instead of the Crab.  It, too, has many legs as well as two claws for grasping, like the crab.  In the ancient Egyptian temple at Esneh, there is another clear picture of this star sign as referring to a sheepfold; a holding or resting place for the flock.

Believe it or not, the Arabs had another name for this constellation:  “Khan,” which means, “The Travelers Resting Place,” and “Ker or Cer: Encircled or Embraced.”  Do you see it?  “Khan-cer:  CANCER,” the travelers resting place for the encircled!”

God has been shouting out to all mankind from the beginning of time that Jesus would be The Resting place for all who would put their trust in Him.  He would surround and encircle them in a loving, protecting embrace, keeping them safe from harm, at rest in Him.

Cancer = “Come unto me all ye who labor and are heavy laden, and I will give you REST.”

Next we will take a little side trip and discuss what is probably THE MOST important and significant star in the heavens:  The North Star.  You may follow the link below to continue:

The REAL Story In The Stars Part 37: The North Star.