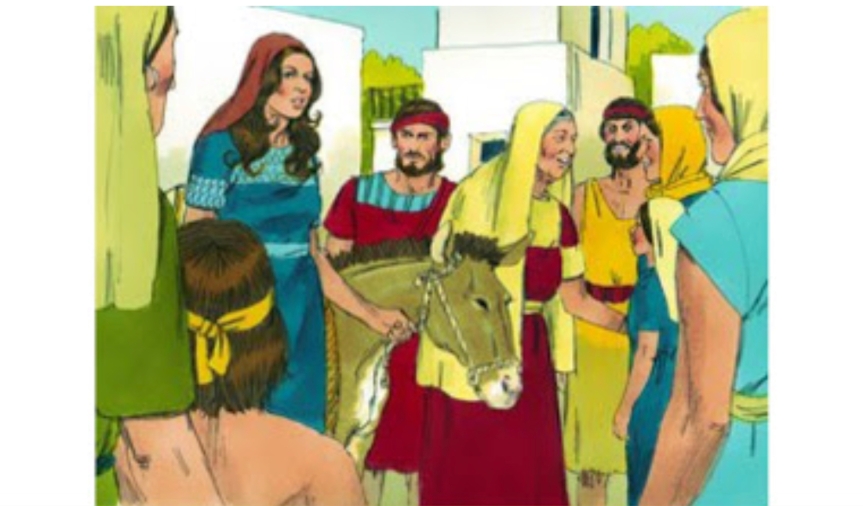 –
All of Bethlehem had heard of Naomi’s return and were excited because of them.  News of her loving and faithful daughter-in-law, Ruth, preceded their arrival.  Everyone was most eager not only to see Naomi again but to meet his amazing young woman.
–
Naomi’s Viewpoint.
Unlike the townspeople, Naomi’s viewpoint was quite different. She said to them, “Do not call me Naomi; call me Mara, for the Almighty has dealt very bitterly with me.”
–
Mara means, “Bitter,” in Hebrew.  Indeed, she was very bitter; bitter and sad.  Deep down in her heart, Naomi really thought that the Lord was against her.  As you saw in part 4, this statement of hers was out of ignorance.  The word she used for “Lord” in this verse is “Shaddai.”  This Name of God means, “The Nurturing one; The All-supplying One;” you know, like a mother hen.  El Shaddai doesn’t come against you or take from you: He supplies; He provides! God is a good God!
–
Naomi was focused on her past and on what she had lost.  Not even in her wildest imagination did she have a clue what The All Sufficent One was about to do for her and Ruth.  She didn’t know that He was not the cause of her sufferings and sorrow. They were the result of her choice to go live in the land of the enemy rather than trust in Him to supply.
–

Ruth’s Confession.
In this part of their story, Ruth makes another confession. It also does not go unnoticed by God.  Let’s continue the story:
–

Ruth 2:1-3
“1 There was a relative of Naomi’s husband, a man of great wealth, of the family of Elimelech. His name was Boaz. 2 So Ruth the Moabitess said to Naomi, “Please let me go to the field, and glean heads of grain after him in whose sight I may find favor.”  And she said to her, “Go, my daughter.”  3 Then she left, and went and gleaned in the field after the reapers. And she happened to come to the part of the field belonging to Boaz, who was of the family of Elimelech.”
–
The fifth time Ruth’s name is mentioned, the word, “Hesed: Grace,” appears. In this translation, it is translated, “Favor.”  She literally confessed favor, which is synonymous with grace!
Notice it says she “Happened” to come to Boaz’ part of the field. That’s because God was guiding her steps.
–

How often do we think that God is far away; that He doesn’t know what we are going through?  We think we are making decisions on our own only to realize, later on, that God was guiding our steps, orchestrating events behind the scenes.  This perfectly illustrates Romans 8:28 which tells us, ….All things work together for good to those who love God, to those who are the called according to His purpose.”

–
Please click on the link below to continue to part 6.  We will see more of what God has in store for Ruth and Naomi, learn about the law of gleaning, and see how our Good God was orcherating events in their favor: