John 3:14-15 “And as Moses lifted up the serpent in the wilderness, even so must the Son of Man be lifted up: that whosoever believeth in him should not perish, but have everlasting life.”

Up to now in this series, we have talked about how “The heavens declare the glory of God.”  The Father’s heart is so full of His Son that He blasted His awesome story of redemption all across the night sky in exquisite detail.

Now, we’re going to discuss one of the most amazing constellations of all:   “Crux” better known as “The Southern Cross.” In this star grouping, we are going see something absolutely astonishing!

There are countless billions of stars in the night sky.  Isn’t it odd that there is only one cluster which forms a perfect cross?  It isn’t at all strange when you understand the Father’s heart!  You see, He takes EVERY opportunity showcase what Jesus did!

Genesis 1:14 says that God made the stars, placed them in the heavens, and set them in motion.  Well He wasn’t kidding.  God actually orchestrates their movements.

Yes, you read that right…..and it is still going on! 😲 Even in ancient times this star grouping was recognized as a cross.  The Hebrew name for it is “Adom,” which means, “The cutting off.”  Apt description!  Jesus is described by the prophet, Daniel in chapter 9 verse 6 as follows:

“And after threescore and two weeks shall Messiah be cut off but not for himself.”

It also brings to mind what Jesus said in the opening scripture.  Just like the serpent in the wilderness,  He would be lifted up on a wooden cross to die the most awful death, suspended between heaven and earth.

As I said in earlier parts of this series, God’s word was not written down for about 2,500 years.  That is why, in ancient times, the Gospel was preached by reading the story in the stars.  It was passed down from generation to generation by learning to tell or, “Recount,” the story by looking at the constellations.

As I’ve also said before, this is not astrology.  That perversion was invented by the devil. Remember, he is a perverter, not Creator.  He did it to confuse the real story so men would not believe the Gospel and be counted righteous.

–
Make no mistake: The stars DO NOT rule our lives; The Bright And Morning Star does:  His Name is JESUS!  Christians have NO business dabbling in “horror-scopes” and prognostication.  I hope that goes without saying.
– 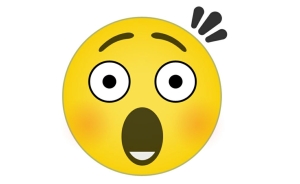 –
A Shift In The Stars!
In ancient times, wise men in the Middle East actually recorded the existence of the Southern Cross. The Middle East, obviously, is located in the Northern Hemisphere.  Yep, you read that right:  The Southern Cross was visible in the Northern hemisphere! Incredible, but true!
–
The great Egyptian mathematician, Claudius Ptolemy, who lived from 100 to 170 AD, recorded it’s presence.  According to him, it was visible as far north as the British Isles!!
–
Why could they see it then, and why is it not visible in the Northern Hemisphere anymore?  Apparently, it began to disappear from the Northern Hemisphere AT APPROXIMATELY THE SAME TIME THAT OUR LORD JESUS HUNG ON AN EARTHLY CROSS 2,000 YEARS AGO, it’s prophetic import fulfilled.
By 400 A.D. it was gone altogether, visible only below the equator.
–

From 400 A.D. up until the late 1600’s, The Southern Cross was not recorded on any star charts of the Northern Hemisphere.  It wasn’t until 1679, when Augustin Royer, a French architect and contemporary of Louis XIV, published his star chart, that we see where it ended up. It was then, as it is today, located directly below zodiac sign of Centaurus…..In the Southern Hemisphere!

As you saw in the previous article, Centaurs were depicted as the upper torso of a man and the body of a horse, two completely different species.  If you have already ready that part, this will be review.

Centaurs, of course, do not exist in nature.  So where did the ancients get the idea for such a being?  Remember Who began telling early man the Gospel story?  God Himself. They got the idea from Him!  As two different species combined into one, they typify Jesus’ dual nature as fully God and fully man.  If you read part 3, there are two other species in this tale that are combined:  The great Sphinx of Giza that we discussed in part 3.

Centaurs were described as creatures that had “No beauty or comeliness that we should desire them.” 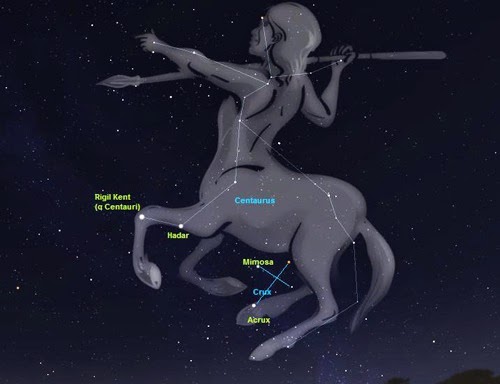 If that sounds familiar, it should.  It’s a reference to Isaiah 53:2:  “2 For he shall grow up before him as a tender plant, and as a root out of a dry ground: he hath no form nor comeliness; and when we shall see him, there is no beauty that we should desire him.”

Our AWESOME GOD made the stars, placed them in the heavens, and orchestrates this amazing-grace story in the stars.  He changed their positions in the heavens to tell the ongoing, matchless story of this wonderful Jesus as it unfolded on earth, so we would know what He did for us!

–
Since ancient times, sailors have used the stars for navigation.  If ever they were lost at sea, this star sign, Crux, helped them get their bearings and showed them the way home.  It’s the same today.  If you are lost and floundering around in life, THE CROSS SHOWS YOU THE WAY HOME!
–
God So LOVED The World!
Isn’t God good?  That’s our loving heavenly Father!  He wrote the whole story of Jesus, the Champion, Who crushed the head of the great dragon in the stars.  So, even though His Word was not yet written down, men of ancient times could come to believe the Gospel.  Just like Abraham, it was counted to them for righteousness.
–

–
God SO LOVED the world!  He really, really, REALLY loves sinful man and is willing that NONE should perish, but that ALL should come to know Jesus as their Savior.  Part of that beautiful, wonderful, incomparable story can be seen in the night sky in the Constellation of Crux:  The Southern Cross.
–
You may follow the link below to part 6 where God introduces us to the Great War in the constellation of Scorpio:
https://emmausroadministries.international/2020/05/24/the-real-story-in-the-stars-part-6-scorpio-and-the-great-war-against-evil/